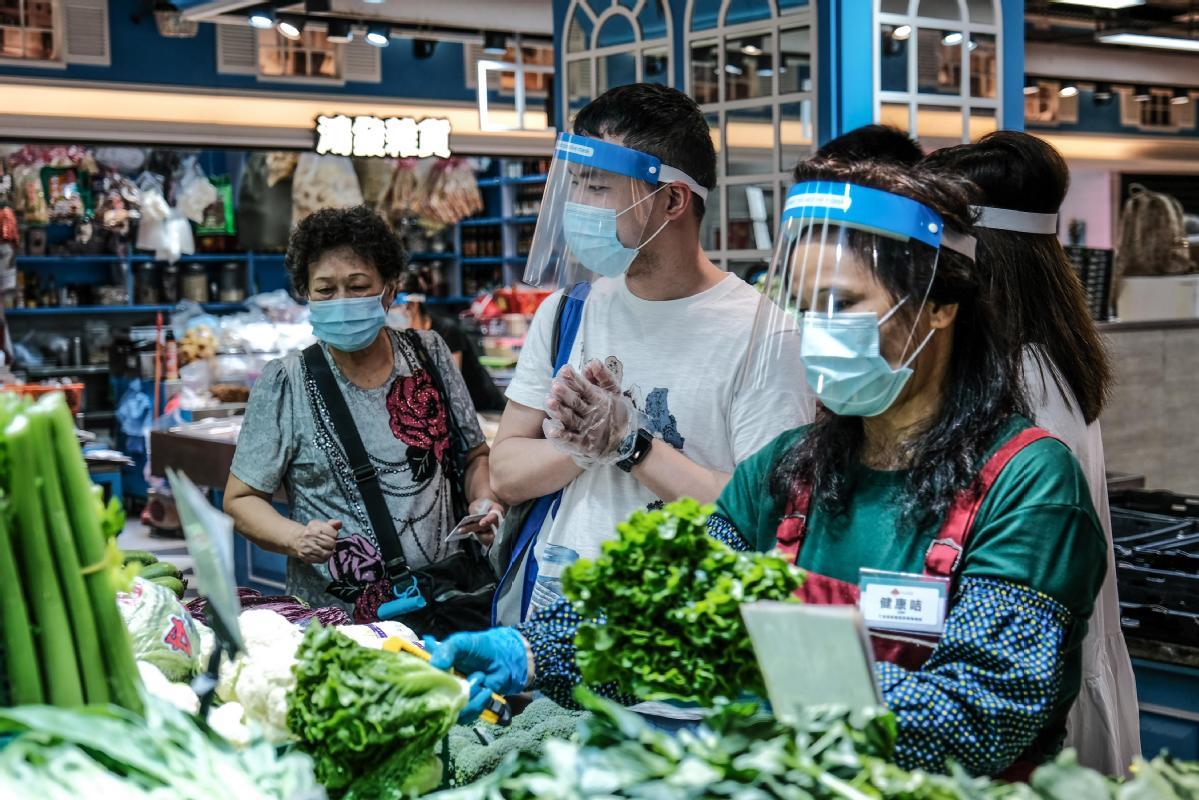 Hong Kong reported a new daily record of 149 coronavirus cases on Thursday, marking the ninth day in a row of new infections in triple digits, as more than 100 confirmed patients were waiting for hospital admissions.

The new daily surge included four imported cases and an all-time high of 145 locally transmitted cases, with 61 from unknown sources, taking the local total to 3,151.

As of 9 am Thursday, 1,005 COVID-19 patients, including 38 in critical condition, were being treated at the city's public hospitals. Another 162 patients with mild symptoms were being treated in a newly converted medical facility in Lei Yue Mun.

In order to cope with the soaring infections, Hong Kong's Hospital Authority will use the AsiaWorld-Expo－an exhibition center turned into a community treatment facility with 500 beds－as a triage center for patients aged 18 to 60. Asymptomatic patients will be kept at the AsiaWorld-Expo for 72 hours before being sent to the medical facility in Lei Yue Mun if they remain stable.

Patients with pneumonia-like symptoms will be transferred to a hospital if they get worse while they are at the AsiaWorld-Expo. Those in the most serious condition will be sent directly to hospital isolation wards.

Zhong Nanshan, a prominent respiratory disease expert from the Chinese mainland, suggested the Hong Kong government should roll out free virus testing for every resident of the city to identify asymptomatic patients.

Speaking to China Central Television on Wednesday, Zhong said the mainland will provide all necessary support to help the city quell the outbreak, including providing test kits, manpower for virus testing and building temporary hospitals.

The veteran doctor also suggested that Hong Kong strengthen its communication with the mainland on disease prevention and the treatment of COVID patients.

Zhong said Hong Kong's anti-COVID measures have worked so far because there has been no exponential growth in new cases, while pointing out that the stringent measures applied in mainland cities would harm the economy of such a densely populated city as Hong Kong.

The government should take a hard line against those who "deliberately make trouble and hold assemblies" at this critical stage of taming the outbreak, he said.

Zhong expressed support for the ban on dining in restaurants in Hong Kong, saying that they are a major source of infections in the city.

However, the Hong Kong government amended the policy on Thursday. Starting from Friday, it will permit dining in restaurants from 5 am to 6 pm. The number of customers should be limited to no more than half of the seats in the restaurant, with a limit of two people per table.

At a news briefing on Thursday, Undersecretary for Food and Health Chui Tak-yi said the Hong Kong government had realized the difficulties faced by some people who have to work outside.