HK residents to rally against violence 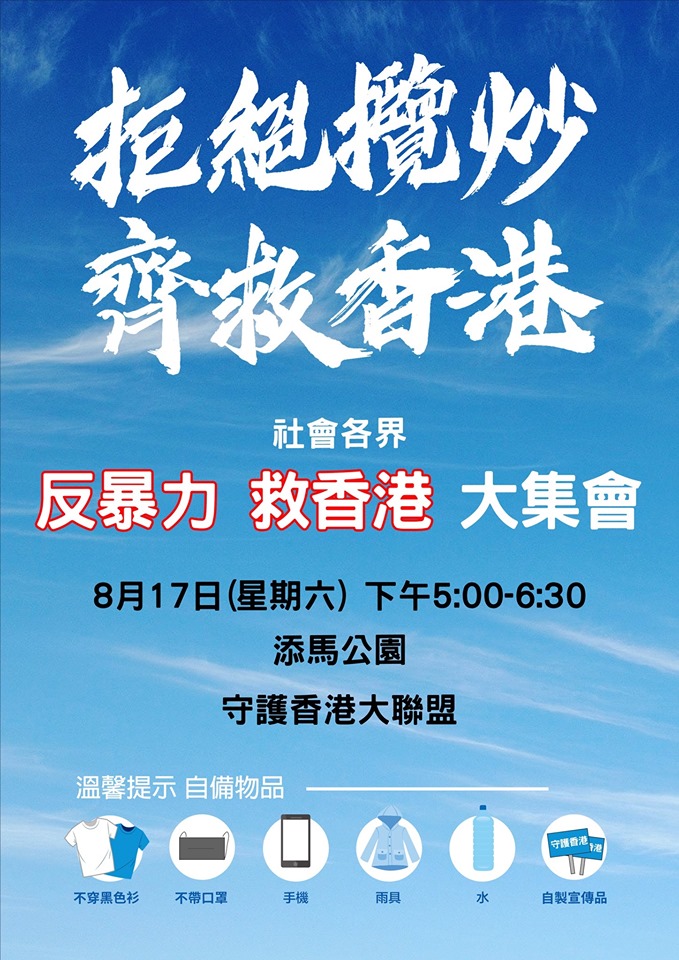 Hong Kong is expected to see a large number of people coming out to say no to violence and pull the city back from "the brink of a dangerous situation" that many have warned of on Saturday.

The rally will be held from 5 to 6:30pm at Tamar Park on Hong Kong Island.