CHINA HK roiled by another weekend of violence

HK roiled by another weekend of violence 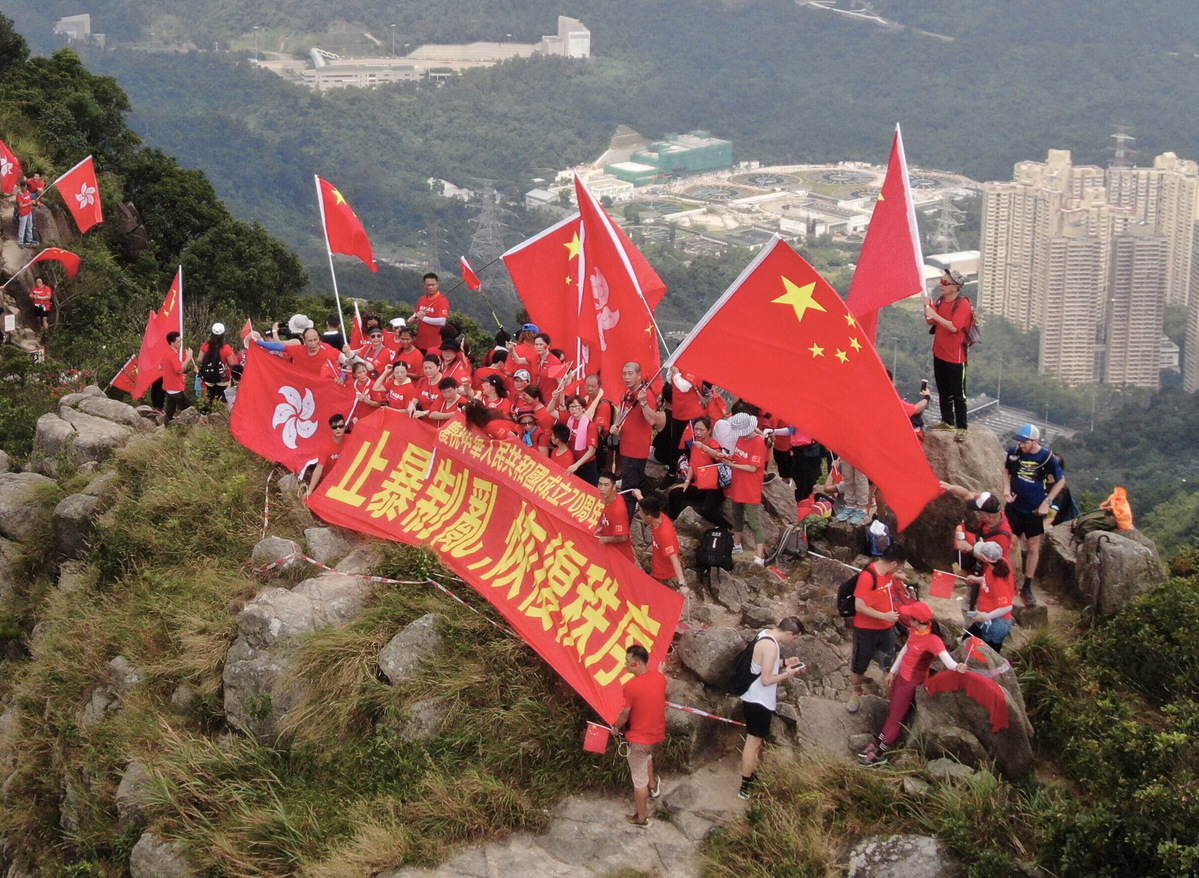 Radical protesters refused to stop the violence on Sunday, pushing Hong Kong through its 15th consecutive weekend of disturbances that began over an extradition bill in June, even though the bill was officially withdrawn by the government two weeks ago.

As of press time, eight people had been injured, with one sent to the hospital in critical condition, after protesters engaged in brawls in several locations during the day, according to a source at Hong Kong's Hospital Authority.

On Sunday afternoon, tens of thousands of anti-government protesters in Hong Kong defied a police ban and marched from the city's major Causeway Bay shopping district to Central, the business hub.

People hurled bricks and gasoline bombs at the police and into the government headquarters. The nearby Legislative Council issued a rare red alert, which means everyone must leave the complex immediately.

The police fired tear gas and deployed a water cannon to disperse the crowd. They warned the protestors to stop breaking the law and to leave the scene.

Protesters also smashed facilities at two major metro stations-Admiralty and Wan Chai-on Hong Kong Island and set fires at Wan Chai and on nearby roads. The city's railway operator, MTR, shut down the two stations and the nearby Causeway Bay station over public safety concerns.

Along the procession route, shops and shopping malls closed much earlier than usual business hours. Tram services from Central to North Point were also suspended.

The vandalism came as a top official of MTR told the public on Sunday that the repair cost for the damaged metro stations over the past few weeks totaled HK$10 million ($1.3 million).

Jacob Kam Chak-pui, chief executive officer of MTR Corp, said on a television talk show that the repeated vandalism to more than 90 metro stations has made it more difficult to complete repairs. The acute shortage of spare parts for repairs was one of the main problems, Kam said.

Sometimes, parts were removed from one intact station and used to repair another station that was seriously damaged, he said.

On the same day, a group of anti-government protesters marched to the British consulate in Hong Kong, petitioning for action sup-porting their actions. They shouted slogans and waved the Union Jack, along with the city's flag that was used during the colonial period.

A week ago, protesters gathered near the United States consulate to urge the US Congress to step in.

"These small groups of protesters volunteered to be pawns of Western countries in a confrontation between China and the US," said Lau Siu-kai, vice-president of the nation's leading Hong Kong affairs think tank, the Chinese Association of Hong Kong and Macao Studies.

The protesters urged Western countries to impose sanctions on Hong Kong, hoping to shock the city's economy, Lau said, adding that they were attempting to force China to yield to economic pressure and compromise.

At the same time, he said, the protesters believed that the central government would be infuriated and take a tougher stance toward Hong Kong, which would invite more Western intervention.

Those who displayed colonial flags had either not lived through the colonial era or only experienced the brief period when the British government undertook softer governance in Hong Kong before the region was returned to the motherland, Lau said.

"Their lack of understanding the reality has glorified colonization," he said.

At the same time, nostalgia for the colonial period was also designed to humiliate the central government and disgrace the "one country, two systems" policy, he said.

Top photo: Hundreds of Hong Kong residents wave the national flag and the HKSAR regional flag at Lion Rock mountain in New Territories on Saturday to signal their hope for the return of peace and order under the "one country, two systems" principle and to celebrate the 70th anniversary of the founding of the People's Republic of China. /Xinhua