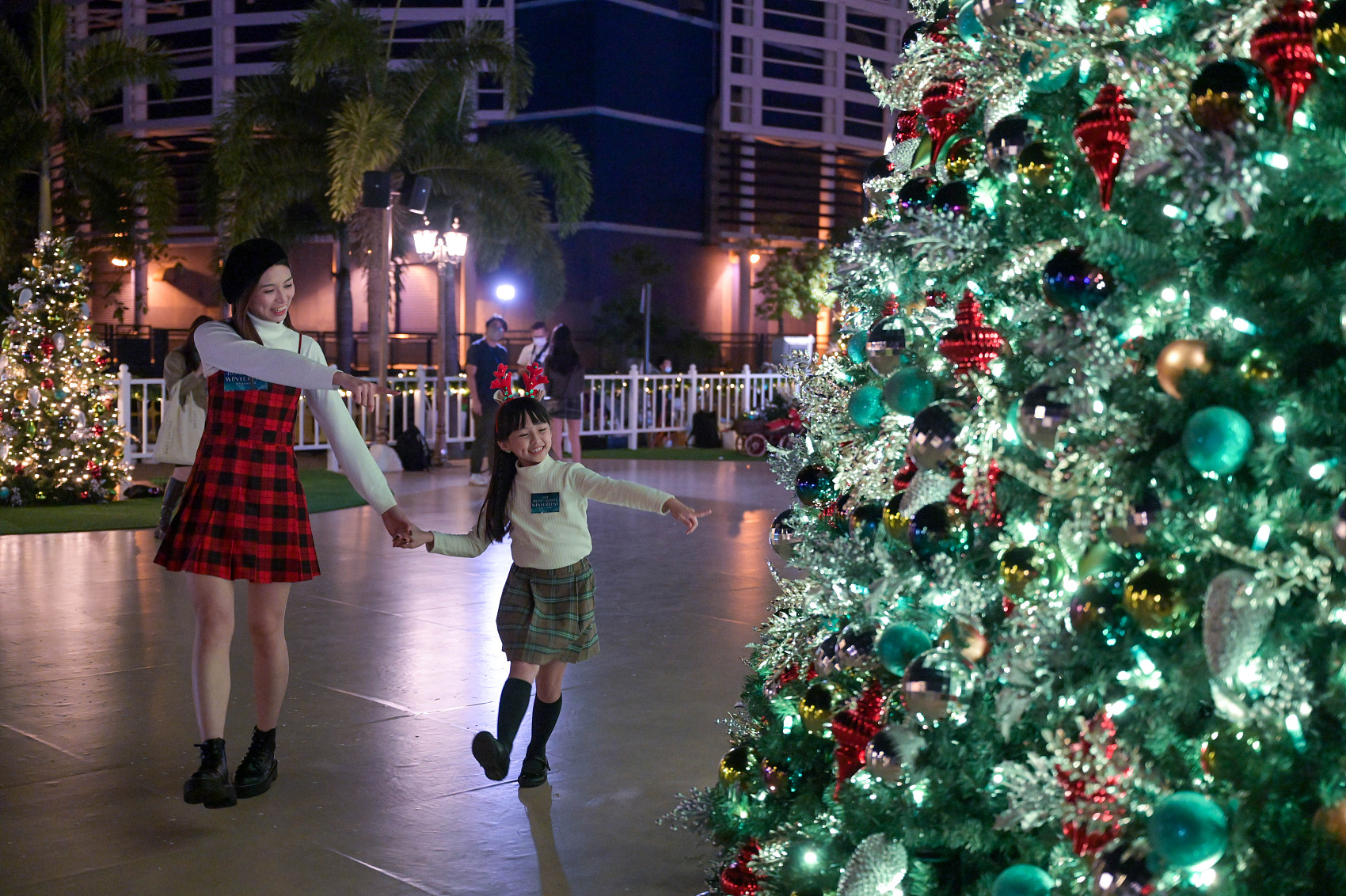 Chinese health experts said China may reopen its borders on a gradual basis, based on its experience on the resumption of travel between the Chinese mainland and Hong Kong, such as exemptions from quarantine or largely reducing the quarantine period for some overseas travelers whose viral load is very low or who come from countries with stable epidemic situations.

The second meeting on the anti-epidemic work of the Chinese mainland and Hong Kong was held in Shenzhen on Thursday. Chief Secretary for Administration John Lee Ka-chiu who attended the meeting said late Thursday that the meeting has made progress and Chinese mainland experts attending the meeting believe Hong Kong has basically met the conditions for border reopening with the mainland. He said Hong Kong has entered a stage of comprehensively implementing the orderly reopening of the border, including introducing a local real name-based health code, Hong Kong media RTHK reported.

He said that Hong Kong has proposed with Chinese mainland experts an orderly border reopening with certain daily quotas, but the exact quota and actual operations were still under discussion.

The Hong Kong and Macao Affairs Office of the State Council said in a statement released on Thursday night that the Chinese mainland delegation believes Hong Kong's epidemic prevention and control has achieved remarkable results, and proposed recommendations for further improvement.

Amid the severe and complicated international and domestic epidemic situations, both the Chinese mainland and Hong Kong should stick to a response strategy of preventing imported cases and a rebound in local cases, the statement said.

It's highly possible that the resumption of quarantine-free travel between the Chinese mainland and Hong Kong will start in early December, hk01.com reported on Thursday.

Tam Yiu-chung, a Hong Kong-based member of the Standing Committee of the National People's Congress, told the Global Times on Thursday that he heard that the resumption of quarantine-free travel is expected to begin with a daily quota of 1,000 people, and the quota will be increased gradually, depending on the epidemic prevention situation.

He said that businessmen and people who wish to go to the mainland for family reasons should be given priority, and the government should deliberate on the distribution of the quota.

The meeting was held after a delegation of epidemic prevention and control experts dispatched by the central government to the Hong Kong Special Administrative Region (HKSAR) wrapped up their four-day visit earlier this week, during which the delegation visited local pharmacies, private clinics, schools, community vaccination centers and the Hong Kong International Airport.

Hong Kong Chief Executive Carrie Lam believes the visit of the delegation paved the way for the border reopening between the Chinese mainland and Hong Kong, and she said on Tuesday that experts still need to discuss details on a circuit-breaker mechanism, which will be activated during an outbreak.

The delegation includes epidemic prevention and control experts from the National Health Commission, Shenzhen and Zhuhai in South China's Guangdong Province. The Hong Kong and Macao Affairs Office of the State Council and the Liaison Office of the Central People's Government in HKSAR were also represented.

In an interview with Hong Kong Economic Times in early November, Lam said that authorities have yet to decide whether Hong Kong should resume travel with the entire Guangdong Province, or with some cities in the province first, such as Shenzhen or other Greater Bay Area cities.

She said people with business needs and people with urgent needs to visit family or attend family funerals would be given priority, but it would be difficult to allow cross-border students to resume classes at first due to the numbers.

People have not been able to travel freely without quarantine between the mainland and Hong Kong since January 2020.

The Chinese mainland has successfully controlled a locally-transmitted outbreak in less than a month, and recent local daily cases fell to single digits. Hong Kong has had no local cases for months.

Jin Dongyan, a biomedical professor at the University of Hong Kong, told the Global Times that the border reopening between the Chinese mainland and Hong Kong could be deemed as the first step and a good experiment for China to adjust its COVID-19 strategy possibly next year.

The stringent zero-tolerance policy has proven a success, but that does not necessarily mean we will always stick to it. Instead, we will tweak the COVID-19 response policy accordingly based on actual situation, Jin said.

Still, relaxation on travel restrictions on foreign visitors will not occur soon and the testing of antibody at population level will be required, a Beijing-based immunologist told the Global Times on condition of anonymity.

A quarantine-free opening to foreign visitors in the short term would have an incalculable negative impact on China's domestic epidemic prevention, and previous outbreaks abroad have repeatedly demonstrated that cold temperatures in winter tend to cause a strong rebound in the epidemic, the expert said.

After opening their borders, many countries have seen a COVID-19 resurgence in varying degrees, with many EU countries located in the northern hemisphere hit by a serious rebound in winter, and tropical countries such as Singapore also experiencing a surge in cases.

At the end of August, the EU allowed travelers from around 20 countries to member states without being quarantined, and can move freely between member nations.

Singapore is slowly reopening its borders and has expanded quarantine-free travel to nearly a dozen countries, but it was hit by what the local authority called an "unusual surge" of cases shortly after, and its daily cases for the first time breached the 5,000 mark in late October, according to media reports.

Jin said China is likely to gradually reopen to the world next year, based on experience from the reopening of borders between the Chinese mainland and Hong Kong, such as setting up a quota initially and defining the priority groups.

Chinese health professionals could determine the level of viral load of overseas travelers to which travelers need or need not quarantine, and then test the viral load for all inbound travelers, Jin said, noting that scientists agreed that only less than 20 percent of the infected containing high viral load could lead to outbreaks.

Experts also advised classifying the risk of countries according to their cases and overall epidemic situations.

Experts also said that it's significant to study the protection rate of a booster dose, and a satisfied result would greatly inject confidence in future decisions.

However, an expert from China's Center for Disease Control and Prevention who requested anonymity stressed that it's not time to reopen borders for China and China's "zero policy" will not be adjusted even after the resumption of quarantine-free travel between the Chinese mainland and Hong Kong.

The expert said Chinese experts have not yet discussed future adjustments in China's policy, and China will have to meet certain conditions before reopening.

Some major conditions in adjusting the COVID-19 policy include further improving the immunity gap by offering a booster dose to more people, and China's health system should also be ready, he said.

Scientists should also make some statistical models to assess the speed for the virus to come into China, and how fast it spreads in China after reopening, the expert said.