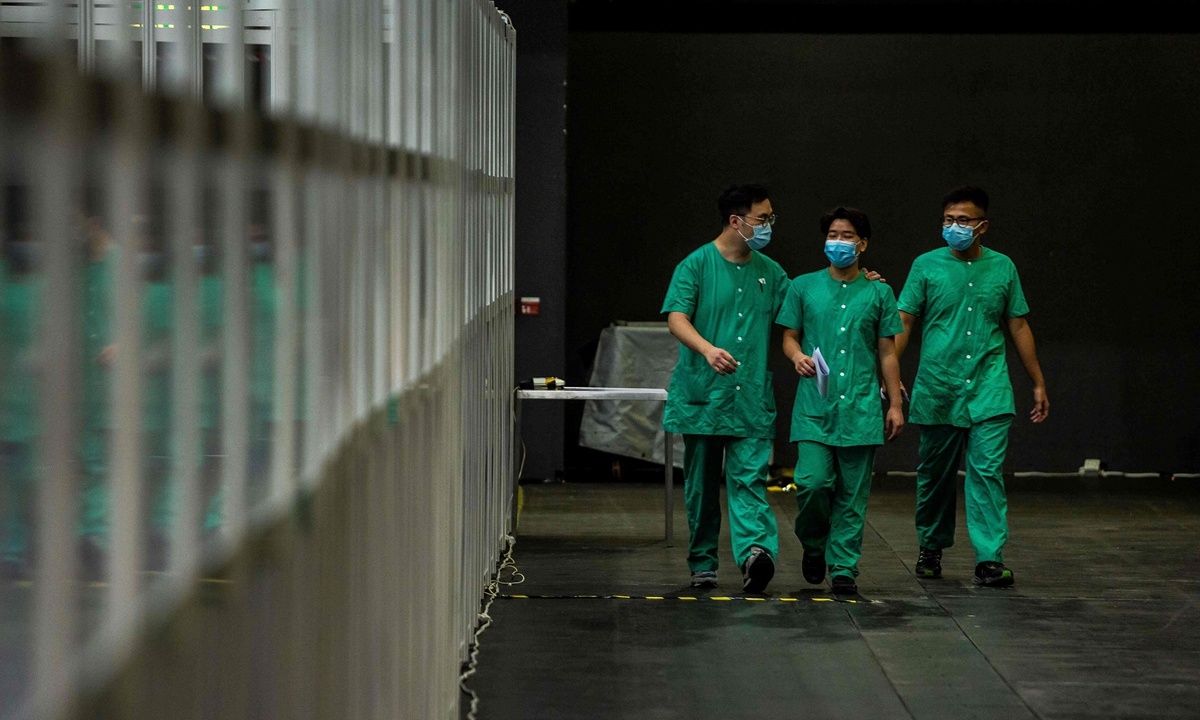 Following a request from the Hong Kong government, seven medical workers from neighboring Guangdong Province, will arrive in the city on Sunday, to help deal with a surging number of COVID-19 cases there.

Later, a medical team consisting by 60 medical workers from 20 public hospitals from Guangdong Province will go to Hong Kong to assist its nucleic acid testing, the National Health Commission (NHC) said Saturday, which did not give a timetable for their arrival.

The head of the team is with the Guangdong health commission, and previously participated anti-epidemic assistance work in Wuhan, the hardest hit Chinese city earlier in the year.

The NHC said the mainland will offer other help to Hong Kong if necessary.

According to Hong Kong-based Wen Wei Po, the central government will cover the cost of nucleic acid tests in the city, and the mainland assistance team will stay until the contagion is stamped out.

NHC has also organized a team to help Hong Kong build the Fangcang or "cabin" makeshift hospital to deal with mild cases. Six experts from Wuhan, including the head of hospital construction and architecture, are to provide technical support during the construction of the hospital, which is now being built at the Asia World Expo stadium, and is expected to have 1,000 beds.

Local media reports that 20 patients, who are in stable condition and able to care of themselves, are the first to be treated at the Fangcang hospital. Fourteen doctors and 50 nurses have been assigned to the makeshift hospital.

Hong Kong's coronavirus epidemic has worsened since early July, and has resulted in the postponement of the city's Legislative Council (LegCo) elections until  September 2021. Hong Kong is experiencing its worst COVID-19 spike since January, Hong Kong Chief Executive Carrie Lam said on Friday.

Hong Kong's daily new COVID-19 cases surpassed 100 for the 10th consecutive day on Friday, with 121 new cases. As of Saturday, the city altogether had reported 3,273 cases and 29 deaths.

Stanley Ng Chau-pei, the president of the Hong Kong Federation of Trade Unions, in early July proposed that the Hong Kong government collect samples and send them to the Chinese mainland for testing, or invite medical workers from the mainland to help complete full testing of Hong Kong residents.