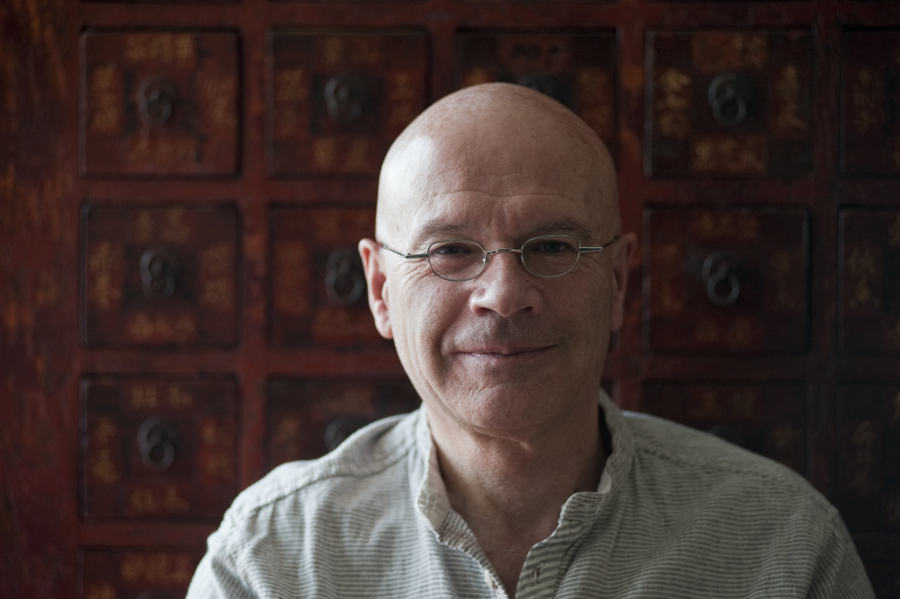 The demonstrators in Hong Kong risk jeopardizing the special administrative region's future as a vital hub in one of the most dynamic regions in the world, according to a leading China commentator.

Martin Jacques, author of When China Rules the World: The End of the Western World and the Birth of a New Global Order and a senior fellow at Cambridge University, said Hong Kong's position in the Greater Bay Area — a megalopolis that also comprises the Macao SAR, Guangzhou, Shenzhen and seven other cities in Guangdong province — offers it immense opportunities.

"The opportunities are vast, and Hong Kong needs to be part of it. This is going to be the most dynamic regional economy in the world," Jacques said.

Beijing intends for Hong Kong to be the financial and trade center of the Bay Area, which will be a technology and innovation center where 70 million people live. The development plan for the area was published by the State Council in February.

Jacques believes this is where the future of Hong Kong and also of many of those demonstrating should lie.

Jacques believes that the demonstrators fail to understand this and that they cling to some false notion that vestiges of colonial rule offered them a better future.

"What I fear about these demonstrators is that they are nihilistic. What do they offer Hong Kong? They actually offer it destruction. They walk around with Union Jacks and American flags. Just what do they think they are doing?" he said.

"The ban on face masks is entirely appropriate and overdue. Demonstrators should be accountable for their own actions," Jacques said.

He said Hong Kong and central government authorities have shown "considerable restraint" in handling the violence of the demonstrators, whose actions, he said, would not have been tolerated in the Western countries that somehow champion them.

The 217 environmental protesters arrested this week at the Extinction Rebellion attempted to close down London's streets. This is an example of how United Kingdom authorities deal with such issues, Jacques added.

"What if the Extinction Rebellion tried to close Heathrow, as the Hong Kong demonstrators did at Hong Kong International Airport? The British would have sent in a strong force and arrested them all. You cannot tolerate a nerve center of your country being disrupted like that," he said.

Jacques, who lived in Hong Kong from 1998 — just a year after the handover from the British — until 2001, said there is a tendency for some in Hong Kong to look westward rather than northward to the Chinese mainland, where their future lies.

"I found many in Hong Kong extremely ignorant about China and even looked down on people from the mainland because 20 years ago they were much richer," he said.

Hong Kong's GDP in proportion to the Chinese mainland has slumped from a peak of 27 percent in 1993 to less than 3 percent now.

Jacques believes that the Chinese mainland is being blamed for problems that are actually Hong Kong's own doing.

"Inequality of income and wealth in Hong Kong, which was always sky high, has got worse," he said.

He also believes the economy is in stasis, relying heavily on trade and financial services and not embracing technology like the Chinese mainland or similar-sized economies such as Singapore have done.

"While the Chinese mainland has kept reinventing itself, Hong Kong hasn't managed to do that. I mean, basically, what is Hong Kong? It is a financial center, it is tourism and it is a property market," he said.

He blames some of this lack of modernization on the British colonial legacy.

Jacques believes the model of "one country, two systems" established under the Basic Law of Hong Kong is one that serves the SAR well.

"China is not in its bones a nation state but a civilization state. China has always had to accept a great deal of diversity across the country. Nation states such as in the West, where there is much greater homogeneity, would not be able to tolerate that difference," he said.

Jacques said the system has worked well because it allows for the flexibility for both Hong Kong and the Chinese mainland to evolve.

Jacques finds it difficult to comprehend how Western media have covered the demonstrations in Hong Kong.

"The Western mentality has been 'three cheers' to the demonstrators, some of which have been really violent. They are like urban guerrillas. How can you support that behavior and have that attitude?" he said.

"I am not saying that you shouldn't hear them. A significant proportion are young people, so you have got to listen to them. You don't, however, have to agree with them."

Jacques believes the demonstrations are potentially hugely damaging for Hong Kong with the large potential the Chinese mainland represents.

One of the next global megatrends over the next 20 years will be the opening-up of China's financial and capital markets in which the SAR could have a major role.

"It is disastrous for Hong Kong. Shanghai will be the most important financial center for that, but China will need several financial centers and Hong Kong must be part of that — that and its role in southern China's development, where the potential is enormous, should be its future," he said.