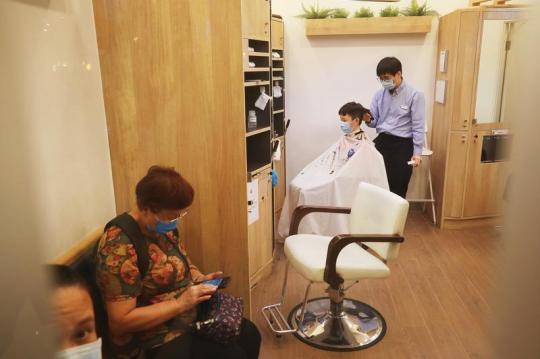 In this undated file photo, a boy wearing a face mask gets a haircut at a salon in Tseung Kwan O. (Photo: China Daily)

The four local infections included that of a 46-year-old woman who lived in Tsing Yi and worked in Kwai Chung. The source of her infection is unknown, Chuang said.

The three other local cases were all linked to previous infections, she added.