Hong Kong on Monday recorded its lowest daily tally of coronavirus cases since July 3 with just nine new patients, but health authorities cautioned that the third wave of the outbreak is not yet fully under control. 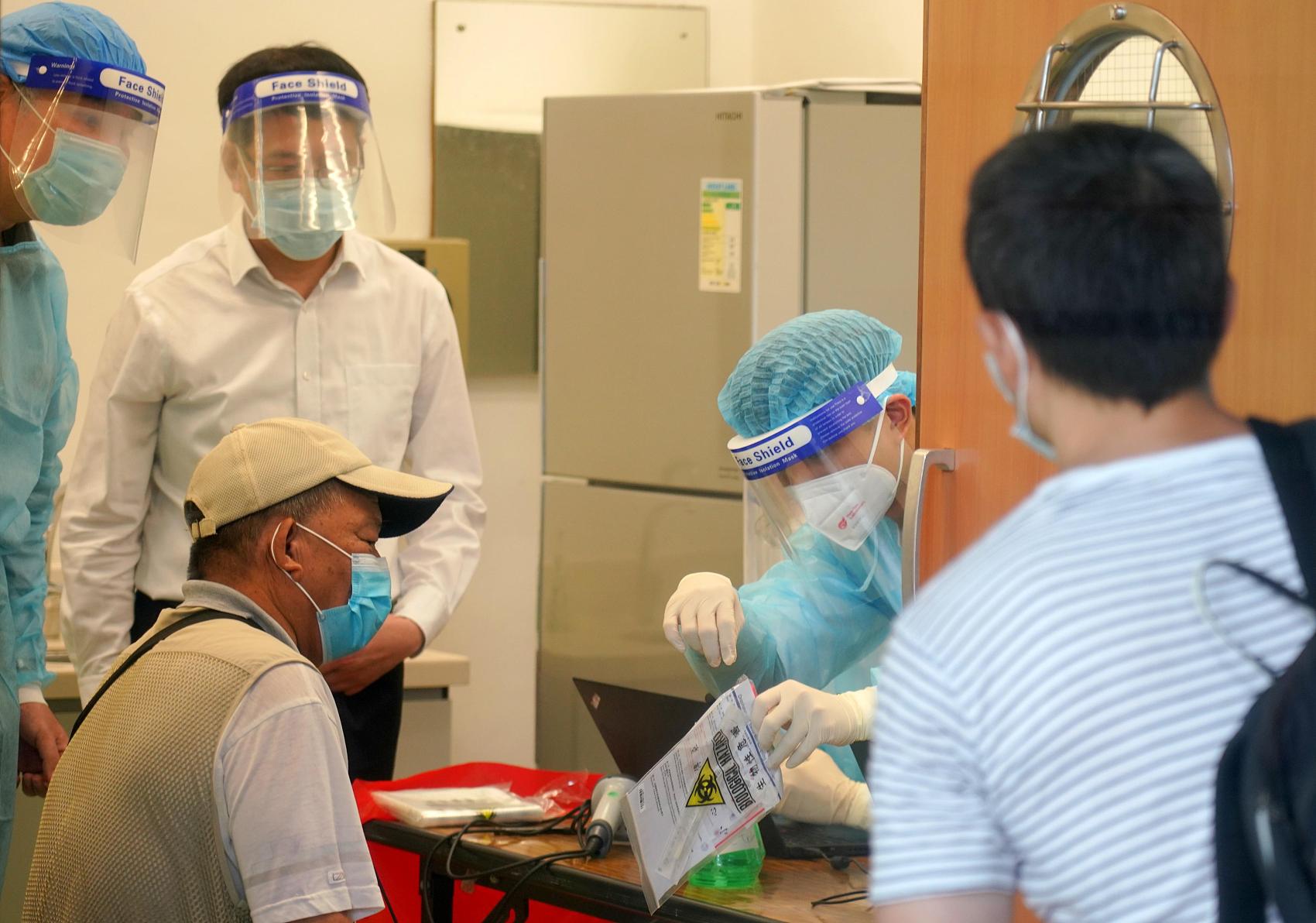 It is still unclear how four of the seven locally transmitted cases contracted the virus. Despite the decline in new confirmed cases, Dr Chuang Shuk-kwan of the Centre for Health Protection told the press briefing that there were still invisible transmission chains in the community.

As the city's tally of confirmed cases reached 4,691, with 77 deaths, Chuang said she believes the upcoming universal COVID-19 test will help identify unknown sources and cut transmission chains of the virus.

After the resurgence of COVID-19 cases since early July, Hong Kong adopted stringent social distancing measures, such as a ban on dining-in services of restaurants in the evening and increased restrictions over inbound visitors.

More than 500 people remain hospitalized, including 27 in critical condition, according to the CHP.

Earlier in the day, Secretary for the Civil Service Patrick Nip Tak-kuen told a radio program that online registration for the universal test program will start by the end of this week.

Members of the public can make an appointment online and choose the location, date and time of testing which will run from 8 am to 8 pm from Sept 1 to 7, he revealed. Participants need to provide their names, telephone numbers and identity card numbers.

All Hong Kong residents are eligible for the free test, if they possess a Hong Kong ID card and display no symptoms, he said. Foreign domestic helpers in the city will be included in the program.

Nip reiterated that there is no need for participants to worry about privacy leakage, as all samples and personal information will stay in Hong Kong, and their personal details will remain encrypted before being destroyed a month after the tests are done.

Nip said the Hong Kong government had not set a target on those taking part in the program, and the result will not determine whether the authority will relax the ongoing social distancing restrictions. The public health measures will depend on several factors, including the trend of new daily cases in the coming week, he said.

Professor David Hui Shu-cheong, a respiratory-medicine specialist at the Chinese University of Hong Kong and one of the government's expert consultants, said he will participate in the program and called on residents "not to waste the opportunity". The more people that are tested, the more the program will help, Hui told a local radio program on Monday.