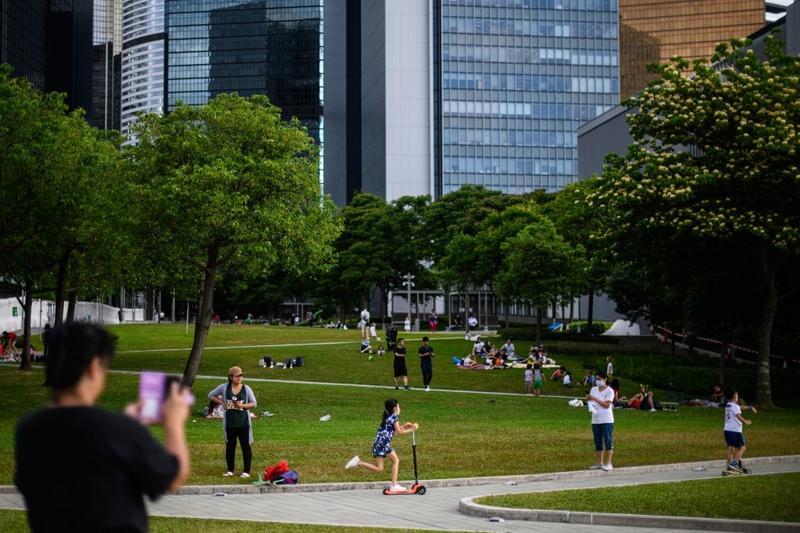 Hong Kong recorded no new cases of COVID-19 on Wednesday, marking the 17th day in a row of no locally transmitted infections, with schools preparing to bring back students to their classrooms.

Wednesday was also the first day an online registration system began to receive applications from Hong Kong residents for washable face masks offered by the government. As of 6 pm, more than 1.57 million residents had registered for the reusable mask since online application started at 7 am, according to the Innovation and Technology Bureau.

The locally developed mask, each of which costs the government HK$40 (US$5), will be delivered to the applicant's residence within two weeks of registration.

Extra disposable masks will also be handed out to students across the city, as they are expected to return to schools in phases from May 27 after over three months of campus shutdown due to the novel coronavirus outbreak.

"We have three weeks to prepare. Those students staying on the mainland also have enough time to finish their quarantine periods before returning to the campus," he said.

In a letter sent by the Education Bureau, schools are advised to avoid students sitting face-to-face, and to stagger activity timetables so that student won't gather in too big crowds.

In line with the bureau's guidelines, students will only attend classes for half a day in Tang's school. He said make-up classes will have to be arranged during the summer break.

"A school term usually ends around July 10. We may have to extend it for three weeks to the end of July," Tang added.

"Some schools may also choose to start the next term ahead of schedule."

The same day, Secretary for Education Kevin Yeung Yun-hung said schools can make their own decisions based on their students' needs. About 900,000 kindergarten, primary and secondary pupils had switched to online learning after the Lunar New Year holiday with suspension of on-campus classes.

The government is currently in talks with the Shenzhen authorities about 27,000 cross-boundary students' return and the public health risk they may pose to both sides, said Yeung.

The Hong Kong government has spared the students from a mandatory two-week quarantine to allow them to attend schools, which is only feasible after Shenzhen adopts the same exemption.

"They go back to the mainland every day. It's impractical if they are required to be quarantined for 14 days in Shenzhen," said Yeung.

A backup plan for cross-boundary students would be distant learning from the mainland, he added.

On Tuesday, the government announced the reopening of schools, along with the easing of restrictions on operations of leisure venues. Gyms, gaming arcades, mahjong parlors, cinemas, beauty salons, amusement and massage centers, as well as bars, have been allowed to resume their operations from Friday, though at a limited capacity with anti-infection measures in place.

Speaking on a radio program Wednesday, Secretary for Food and Health Sophia Chan Siu-chee said the government will tighten its curbs on social gatherings again if the situation does not appear to be satisfactory once curbs are lifted.