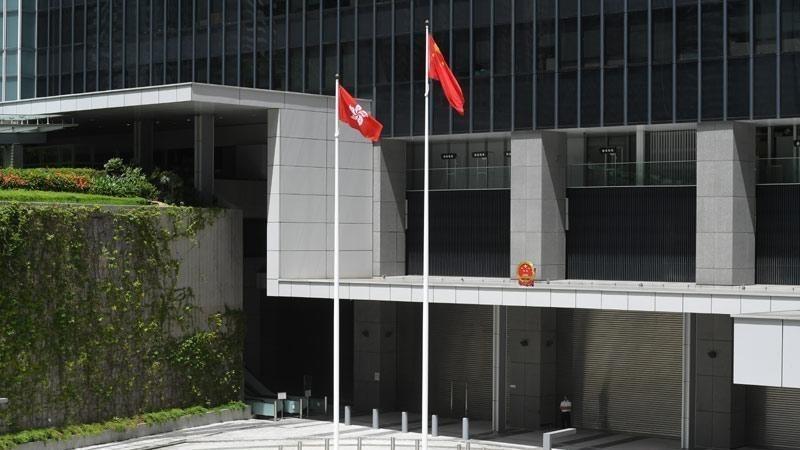 Hong Kong's government lashed out at comments in a European Commission report that denigrate the special administrative region's steps to protect national security, improve its electoral system and ensure the correct implementation of the "one country, two systems" principle.

"We take great exceptions to the biased and ungrounded political smearing against the Law of the People's Republic of China on Safeguarding National Security in the Hong Kong Special Administrative Region (Hong Kong National Security Law)," the government said in a statement released late Thursday. "National security is a matter within the purview of the central authorities. It is the legitimate right and duty of every state to safeguard its national security."

The National Security Law for Hong Kong was enacted on June 30, 2020, after months of violent anti-government protests had paralyzed the city's businesses and transportation system and caused millions of dollars of damage.

"It is totally untrue and biased to say that the Hong Kong National Security Law has had a chilling effect on the exercise of rights and freedoms in Hong Kong," the statement reads. "The Hong Kong National Security Law clearly stipulates that the HKSAR shall protect the rights and freedoms enjoyed by residents under the Basic Law, and International Covenant on Civil and Political Rights, as well as the International Covenant on Economic, Social and Cultural Rights as applied to Hong Kong in accordance with the law."

The statement also rejected as false claims by the EC that the "one country, two systems" principle under which Hong Kong is administered is in question.

"The report calls into question China's willingness to uphold the 'one country, two systems' principle; and it is a groundless accusation," the statement reads. "HKSAR is an inalienable part of the People's Republic of China (PRC), a local administrative region that enjoys a high degree of autonomy under "one country, two systems" and comes directly under the Central People's Government (CPG).

"To uphold and implement the principle of 'one country, two systems' meets the interests of the Hong Kong people, responds to the needs of maintaining Hong Kong's prosperity and stability and serves the fundamental interests of the nation. The CPG has time and again made it clear that it will unswervingly implement the policy of 'one country, two systems'."

The SAR government also rejected the notion that the postponement of the city's LegCo election the disqualification of four lawmakers was politically motivated.

"We do not agree to the report's claim that the decision to disqualify the four LegCo members was 'undermining Hong Kong's high degree of autonomy and the protection of fundamental rights and freedoms'.

"The NPCSC's (National People's Congress Standing Committee) decision on the qualification of LegCo members of the HKSAR on November 11, 2020, clearly establishes that a member of the LegCo of the HKSAR does not fulfill the legal requirements and conditions on upholding the Basic Law and pledging allegiance to the HKSAR of the PRC if the member advocates or supports "Hong Kong independence", refuses to recognize the PRC's sovereignty over Hong Kong and the exercise of the sovereignty, solicits intervention by foreign or external forces in the HKSAR's affairs, or carries out other activities endangering national security. When the member is so decided in accordance with law, he or she is immediately disqualified from being a LegCo member.

"The Decision is applicable to the members of the sixth-term LegCo whose nominations were decided to be invalid in accordance with law by the HKSAR during the nomination period of the election for the seventh-term LegCo of the HKSAR originally scheduled for September 6, 2020. He or she is immediately disqualified from being a LegCo member. The NPCSC's decision is a constitutional, lawful and reasonable arrangement. It is necessary and complies with the relevant stipulations of the Basic Law."

The EC's claims that that Hong Kong's independent judiciary and Department of Justice are under attack are also false, the government said in the statement.