Huang Liuquan, deputy head of the Hong Kong and Macao Affairs Office of the State Council, said on Wednesday the nation will roll out more policies and resources to support Hong Kong youth in seeking development in the Guangdong-Hong Kong-Macao Greater Bay Area. 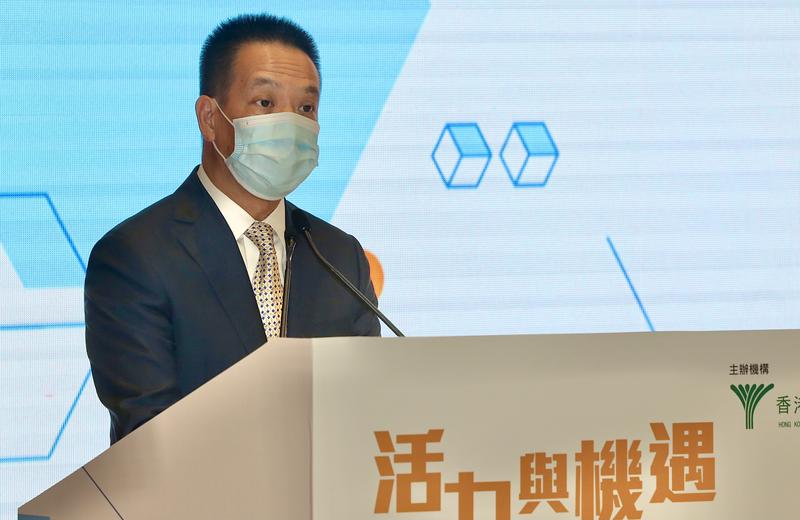 Huang Liuquan, deputy director of the Hong Kong and Macao Affairs Office of the State Council, speaks to youth representatives at the Open University of Hong Kong on Aug 25, 2021. (Photo: China Daily)

The central government would push for more incubation bases for startups in Shenzhen's Qianhai New District and Guangzhou's Nansha district, as well as the provision of more internships for Hong Kong and Macao youngsters, Huang said.

In the future, Hong Kong's traditional Chinese medicine practitioners will be allowed to practice in public hospitals and medical organizations within the Bay Area. Lawyers from the city will be able to practice on the Chinese mainland after passing a test, he said.

To introduce these policies, Huang led a team of central government officials in charge of the economy, finance and technology in a meeting with representatives of the city's youth at Open University of Hong Kong. The two-hour seminar was also broadcast online.

The event was the last of four seminars held between the central government delegation and local officials and community members that started on Monday. The delegates earlier met with Hong Kong Special Administrative Region government officials, civil servants and legislators, as well as representatives from the local business and professional sectors.

The Hong Kong SAR government will continue to push for policies and measures in various sectors to actively join the construction of the Bay Area, Tsui said, urging the city's youth not to miss out.

Hong Kong's youngsters, with language advantages and international vision, are sure to gain a distinct advantage in the Bay Area, Huang said. He encouraged them to follow their predecessors to seize the opportunities brought by the nation's rapid development.

Many young people from Hong Kong have made forays into mainland cities, breaking new ground for their dream, Huang said. Over a thousand youngsters from Hong Kong and Macao are now exploring their careers through 765 startup projects developed for them, he said.

Li Xiao, deputy director-general of the China Science and Technology Exchange Center, told the Hong Kong youths "not to hesitate" to participate in projects related to the 14th Five-Year Plan (2021-25). He said he hoped they would understand the whole of the rapidly developing mainland is a huge stage for them to showcase their strengths.

Zhou Chengjun, director of the People's Bank of China's Finance Research Institute, said the city's young financial practitioners should take it as their mission to make every global investor who is interested in the renminbi get their desired financial products and services in Hong Kong. The city's technology industry and legal service providers should also be involved to help achieve the goal, Zhou said.

Clarence Ling, chairman of the Y. Elites Association and an attendee at Wednesday's meeting, said there is still a gap between Hong Kong's current financial status and the global offshore renminbi business hub envisioned in the five-year plan.

Hong Kong youths should take the chance to "step out of their comfort zone" in the changing situation, Ling added.

Another attendee, Johnny Ng Kit-chong, founding president of the Hong Kong Youth Synergy Foundation, said more mutual recognition of professional qualifications is needed. When a large number of Hong Kong professionals are qualified to practice in the mainland, more Hong Kong residents will be assured and motivated to move there, he said.