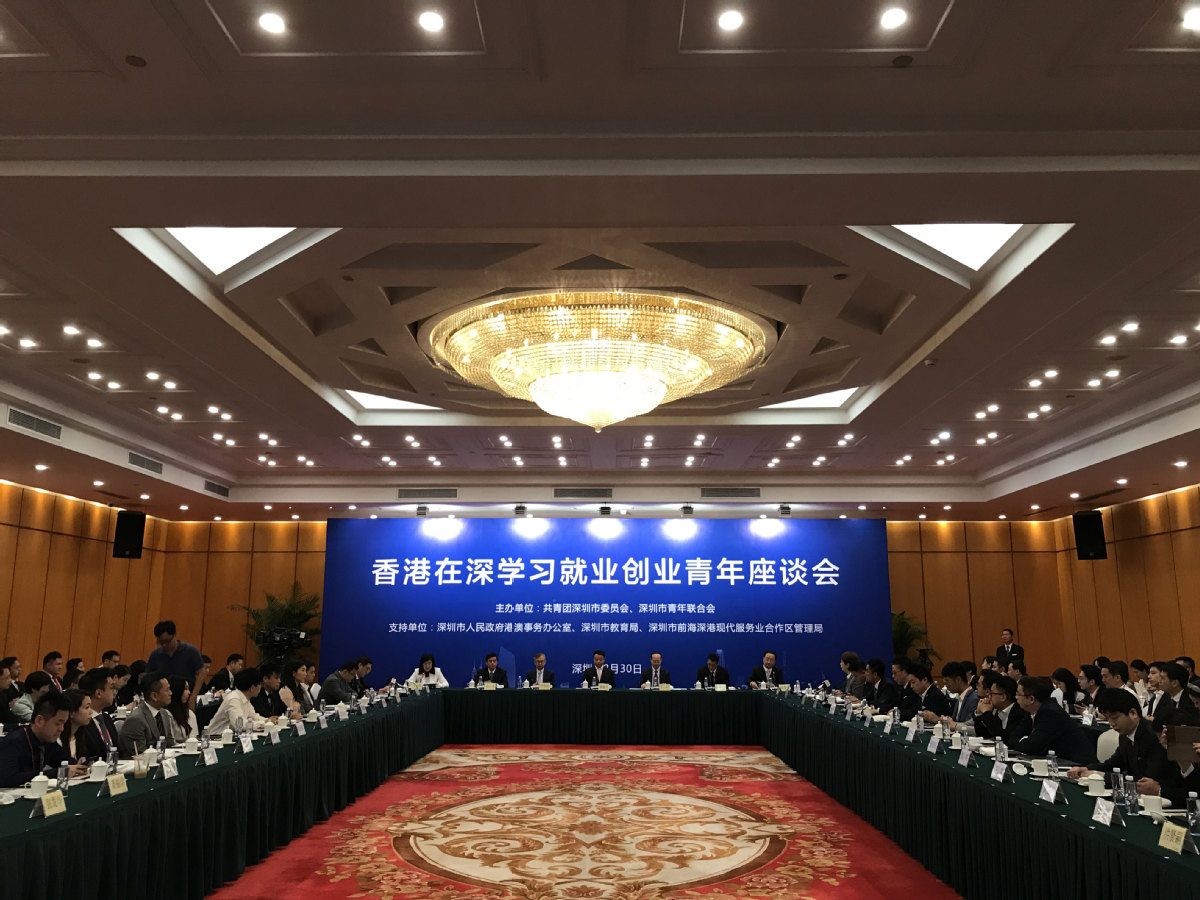 About 100 Hong Kong youths studying or working in Shenzhen, Guangdong province, discussed opportunities in the Guangdong-Hong Kong-Macao Greater Bay Area at a symposium on Friday.

The symposium was held in Shenzhen after the central government announced it will build the city into a pilot demonstration area of socialism with Chinese characteristics on Aug 18.

At the meeting, eight representatives from various sectors shared their experiences of exploring opportunities across the boundary.

The symposium was jointly held by the Communist Youth League of China's Shenzhen committee and Shenzhen Youth Federation.

Tsang Yee, a Hong Kong entrepreneur in Shenzhen who attended the symposium, said the Bay Area provides a great platform for Hong Kong young people to develop their careers.

In Shenzhen, for example, a series of preferential policies have been introduced to facilitate young people from Hong Kong to work and live across the boundary, he said.

The recent guideline to build Shenzhen into a pilot demonstration area also stated that more support will be given to help Hong Kong and Macao residents enjoy more rights there as Shenzhen locals do in terms of livelihood policies, including access to public education for their children.

This shows that the country attaches high importance to and gives full support to Hong Kong young people, Tsang said.

Terence Lin, another attendee at the event, suggested that more efforts can be made to help Hong Kong entrepreneurs do business on the Chinese mainland.

"There are a number of young people in Hong Kong who have thoughts of setting up their business on the mainland. But they don't have a background in working in large enterprises like Alibaba and Tencent or connections with alumni from prestigious mainland universities, like their mainland counterparts. This makes it more difficult for them to get funding," Lin said.

He hopes more coordination can be made by the government in connecting venture capital institutions and Hong Kong startups to help them better deal with the funding issue.