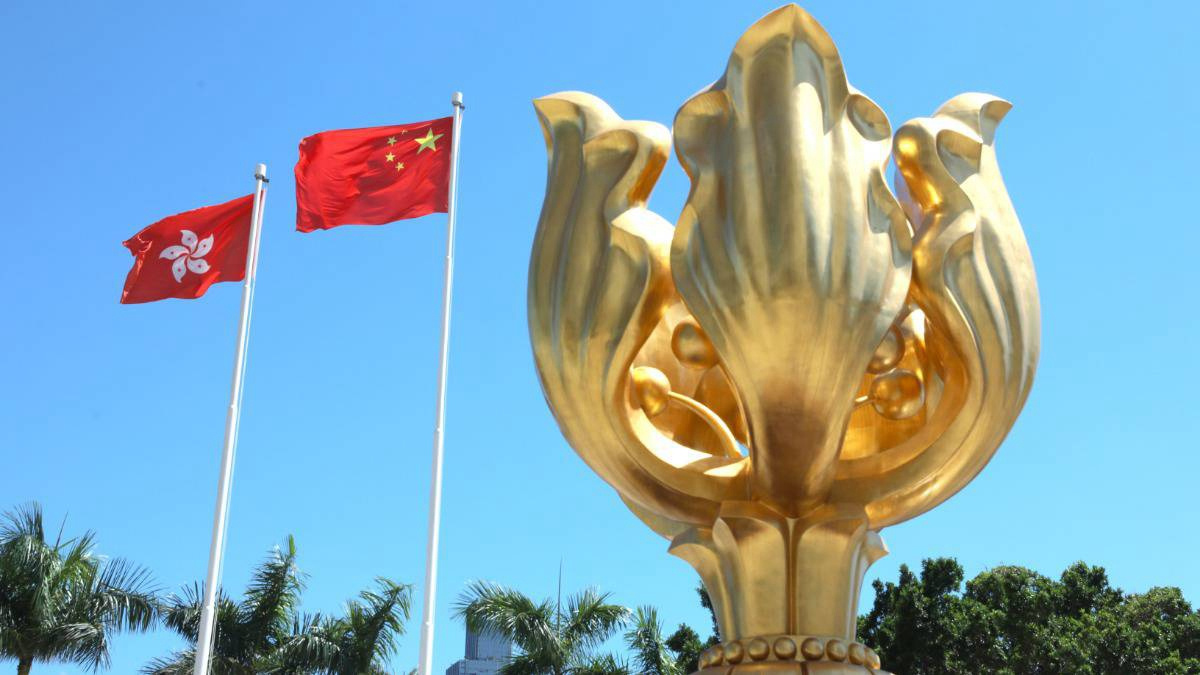 The Chinese national flag and the flag of the Hong Kong Special Administrative Region fly above the Golden Bauhinia Square in Hong Kong, China, on Aug 5, 2019. (Photo: Xinhua)

HONG KONG - The central government has the authority and an obligation to safeguard the constitutional order of the Hong Kong Special Administrative Region, the Hong Kong and Macao Affairs Office of the State Council said on Tuesday.

Supervising the implementation of the Basic Law in the SAR is one way for the office to fulfill this obligation, the HKMAO said in a statement.

The remarks were made in response to accusations of "interference" leveled at the office and the central government's Liaison Office in the SAR, after the two agencies overseeing Hong Kong commented on the six-month deadlock in the city's legislature.

An HKMAO spokesperson said the central government did not grant a high degree of autonomy to the SAR to the exclusion, or at the renunciation of its powers to supervise the SAR.

The spokesman explained that such supervision is the key to ensuring the Basic Law is duly implemented in the SAR, and its powers granted by the central government are not abused.

The impasse in the Legislative Council, the statement read, has severely affected implementation of the Basic Law and undermined the fundamental interests of the SAR and the nation. It has also threatened the constitutional order of Hong Kong.

The LegCo House Committee failed to elect a chairman for the 15th time at its most recent meeting on Friday, extending a six-month gridlock since this legislative year began.

The meetings, presided over by opposition lawmaker Dennis Kwok Wing-hang, saw opposition legislators deploy filibustering tactics to stall the election. At least 14 bills and 89 pieces of subsidiary legislation have been held up as a result, while the chief executive's policy address has yet to be debated.

The HKMAO has stood by its earlier comments on Tuesday, saying that by clearly stating their stance on the issue, the two central government bodies in charge of Hong Kong issues were in fact diligently fulfilling their supervisory roles and also safeguarding order in the city.

The HKMAO also responded to questions as to whether the roles of the Liaison Office of the Central People's Government in the HKSAR are confined by Article 22 of the Basic Law.

Article 22 of the SAR's constitutional document stipulates that no departments of the central government may interfere in affairs administered by the SAR government on its own in accordance with the Basic Law.

The Basic Law does not stipulate the role and legal status of the Liaison Office, the HKMAO explained. However, it has always been a dedicated agency authorized by the central government to handle Hong Kong issues on its behalf, whether when it was known as the Xinhua News Agency's Hong Kong branch before 1997, or later as the Liaison Office.

"It is fully within the scope of the office's right and duty" to supervise Hong Kong society's major issues, including the Basic Law's implementation, the spokesperson added.