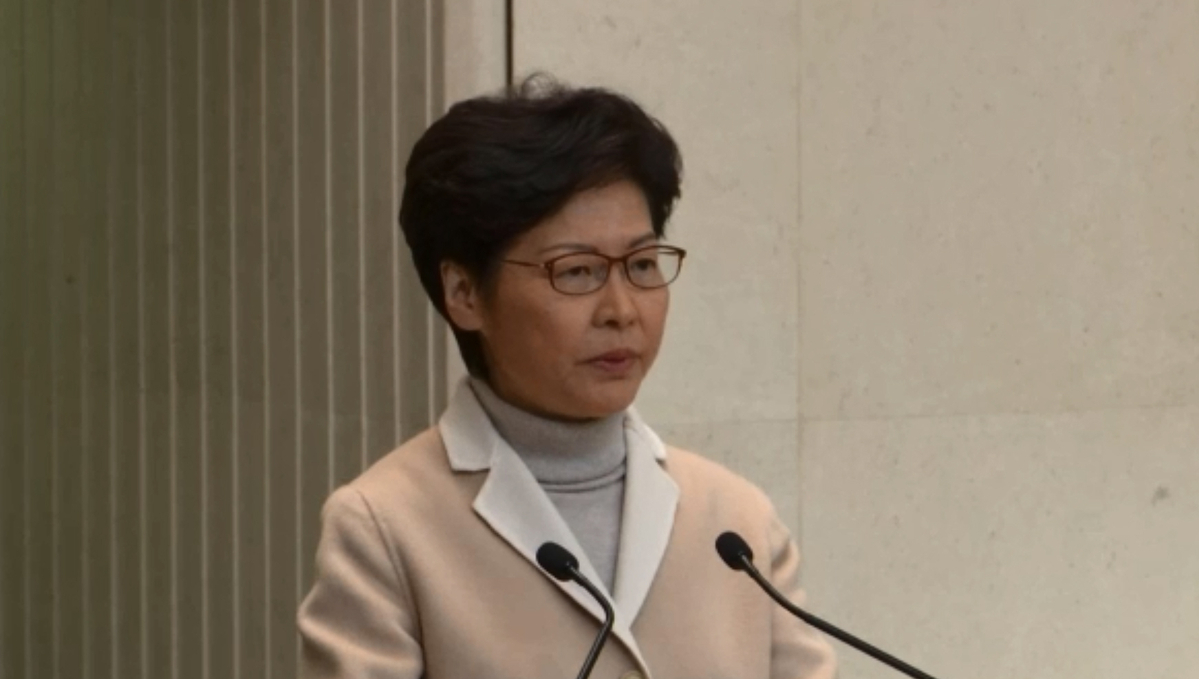 HONG KONG -- Chief Executive of Hong Kong Special Administrative Region Carrie Lam called for on Sunday an end of malicious release of personal information, warning its harm to the rule of law and social order.

Lam said on her Facebook page that as far as she was concerned, her personal information had been released online, which was not the first time, however, what worried her was the impact of doxxing on the society.

In the last several months, a group of people rampantly doxxed government officials, police officers and people with different opinions. Even their family and children also fell victims to cyber manhunt. The only purpose of doxxing is to silence other voices, Lam said in her post.

However, victims of doxxing are not only those who were targeted, but also the whole society, Lam warned.

"If we are still proud of Hong Kong as a civilized society abiding by the rule of law, we shall not and can not tolerate doxxing. Unfortunately, during the present social unrest, some people have used such a despicable trick as a weapon to harm others and their targets," the post said.

The doxxing would bring about "chilling effect" in the society, she said.

If not contained, doxxing will cause distrust, fear, hatred among people and the public would lose confidence in law and social order, which leads to social disintegration, she said.

The police have become the major target of rampant cyber manhunt and even physical assaults amid the continued social unrest.