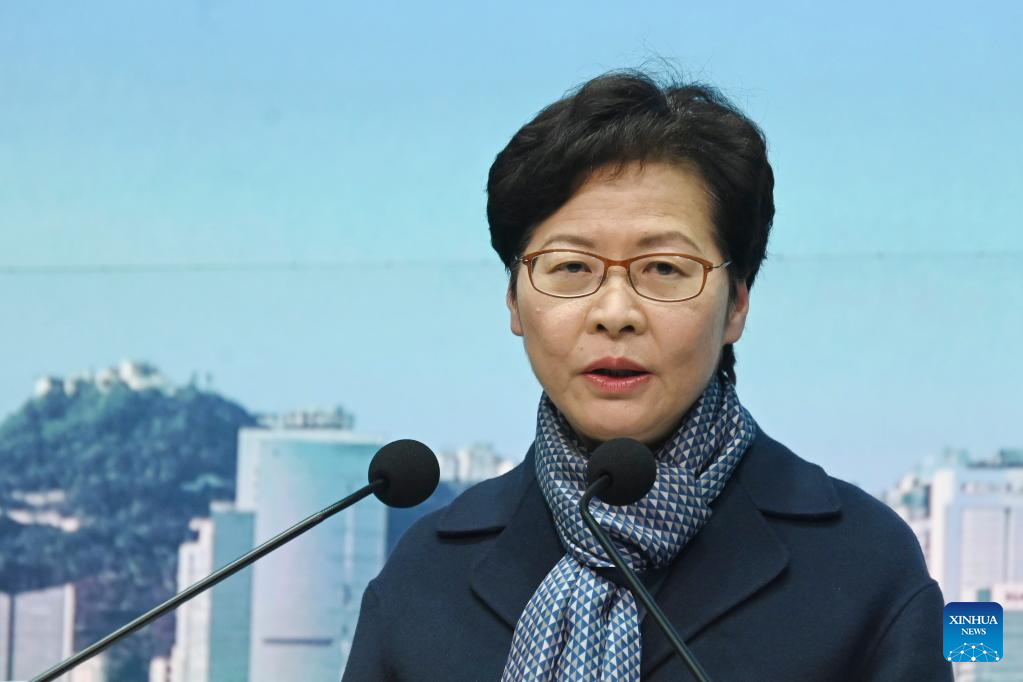 HONG KONG, April 4 (Xinhua) -- Chief Executive of the Hong Kong Special Administrative Region (HKSAR) Carrie Lam said on Monday that she would not run in the upcoming election of the HKSAR's sixth-term chief executive.

The nomination period for the once-in-five-year chief executive election of the HKSAR began on Sunday and will run through April 16. The election will be held on May 8.