Protesters used a roll cage trolley as a ram and iron poles to shatter the glass doors of the LegCo building, which "really saddens a lot of people and shocks a lot of people," Lam said, criticizing "the extreme use of violence and vandalism." 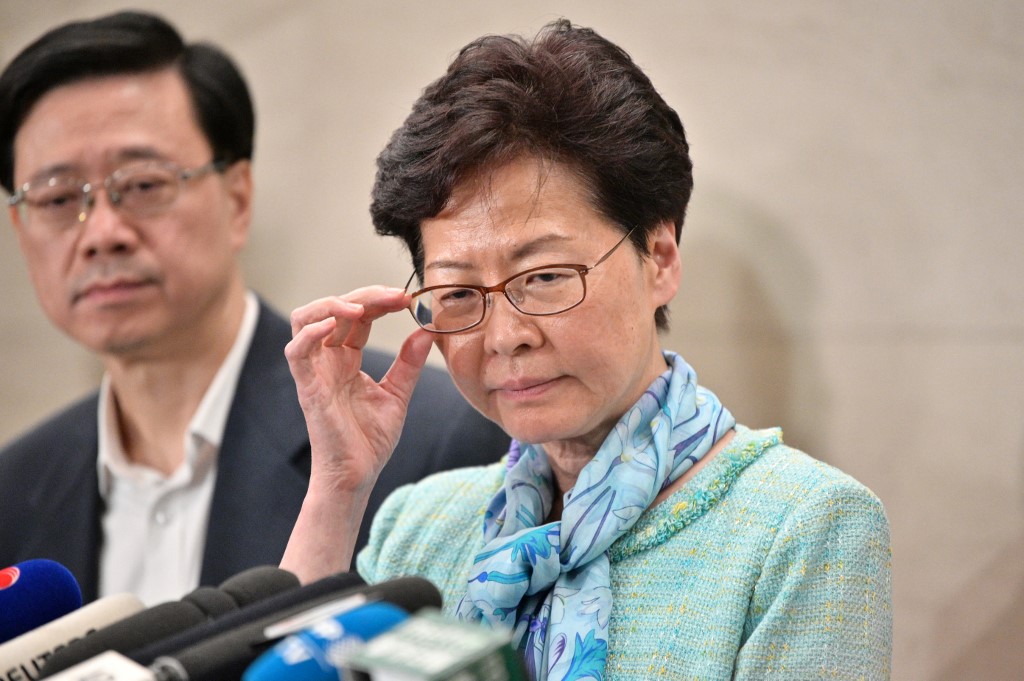 "During the period, we had been under siege of the protesters. They kept on using violent tactics to try to intrude into the LegCo. It was until nine o’clock at night time, several incidents happened that made us to do a temporary retreat," said the commissioner of police Lo Wai-chung.

He told reporters that during the charging protesters threw in some white smokes, and the police had no other choice but to temporarily retreat from the LegCo.

It is not true to say that the government has not responded, Lam added, noting that the HKSAR government announced the suspension of the bill to amend the Fugitive Offenders Ordinance on June 15, if it is the cause of the social tensions.

"The rule of law is exactly what I have been talking about tonight. I hope we all agree that this is something of paramount importance to Hong Kong SAR and will continue to guide the government's reactions and responses to social issues and to demands and aspirations of our people," she stressed at the end of the press conference.