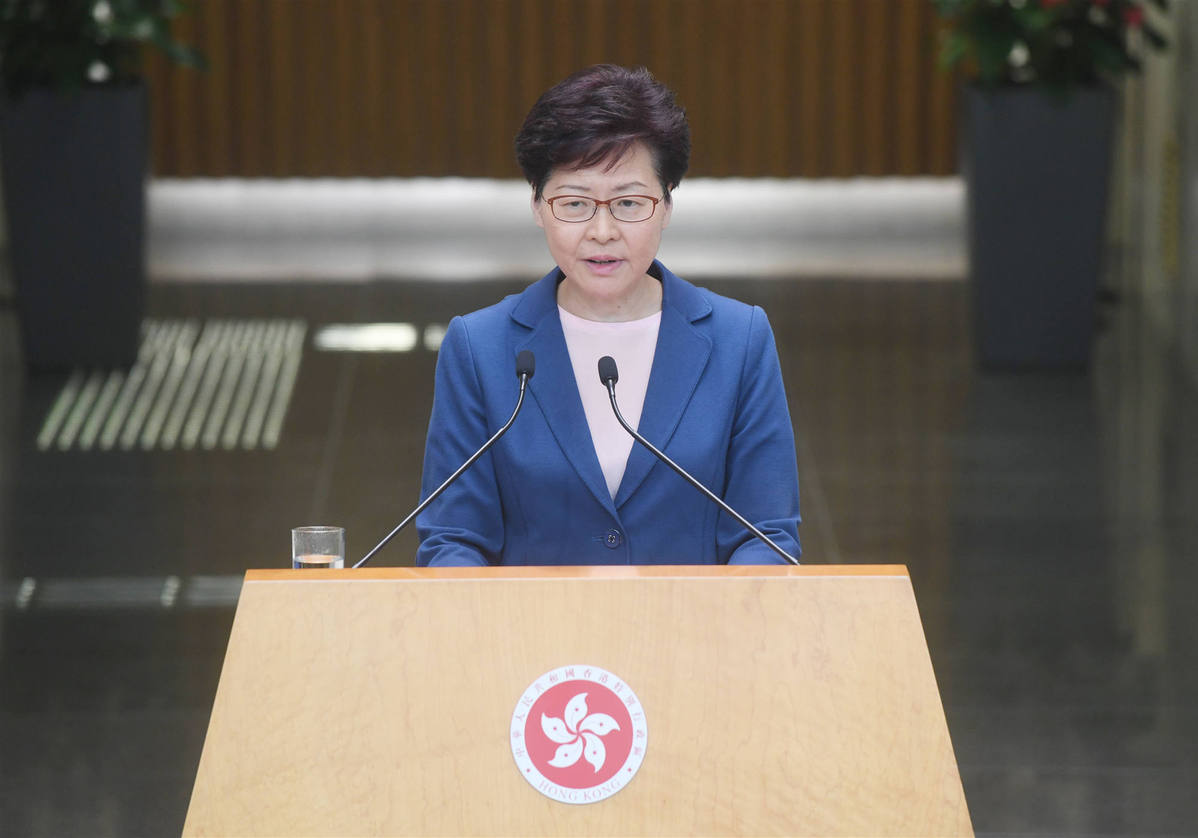 HONG KONG, Oct. 30 (Xinhua) -- Chief Executive of China's Hong Kong Special Administrative Region (HKSAR) Carrie Lam said on Wednesday that the months-long unrest in Hong Kong has hurt its economy, adding that "the first priority must therefore be to end violence and restore law and order as soon as possible."

Speaking at the Asia House Future of Trade Conference, she said, "The Hong Kong police, which have displayed courage and restraint as well as every agency in the government, are working in concert with determination to achieve that single objective."

The chief executive said the continuing unrest has crippled retail trade, as well as catering, transport and numerous other businesses associated with the tourism industry in Hong Kong.

In the first half of this month, the number of visitors dropped by about 50 percent compared to last year, and the retail sales in August fell by some 25 percent from a year earlier, which is the steepest year-on-year decline for a single month on record.

It is a "distressing time" for Hong Kong trade and business, equally so for the community at large, she added.

The HKSAR government has announced three rounds of substantial support measures since August, Lam said. "The initiatives are designed to help small business through this trying time, designed, too, to help the people of Hong Kong cope with the community-wide crisis."

Once calmness returns, Lam said, they will be committed to finding solutions to such "deep-seated problems" as social divide and insufficient inclusive growth, adding that she has been "in direct dialogue with the community, speaking and listening to individuals and groups, large and small."

She said it is important to hold fast to the principles that have made Hong Kong "one of the world's most successful financial and trading economies," referring to the "one country, two systems" principle, the rule of law and the institutional strengths.

"I will not rest until we have found a peaceful, harmonious and inclusive path to the future for Hong Kong," Lam said.