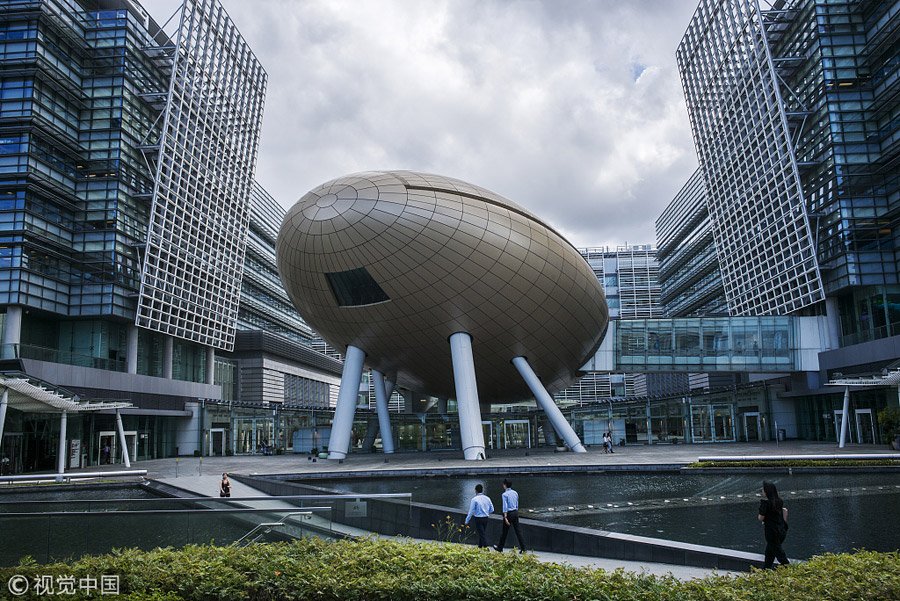 Chief Executive of China's Hong Kong Special Administrative Region (HKSAR) Carrie Lam said Sunday that she has "even greater confidence in Hong Kong" one year after she and the current-term HKSAR government were sworn in.

"In my speech at the inauguration ceremony on July 1 last year, I said that we had no reason to lose confidence if we looked closely and rationally at what we had achieved over the past two decades since our return to the motherland," Lam said.

"After a year of leading the government to demonstrate a new style of governance, perform new roles and implement a new fiscal philosophy, I have even greater confidence in Hong Kong," she added.

Lam made the remarks at a reception to celebrate the 21st anniversary of Hong Kong's return to the motherland and the establishment of the HKSAR.

Lam said that during the past year the HKSAR government upheld the principle of "one country" by maintaining an absolutely clear stance and showing no tolerance for any act that would hit the country's bottom line. 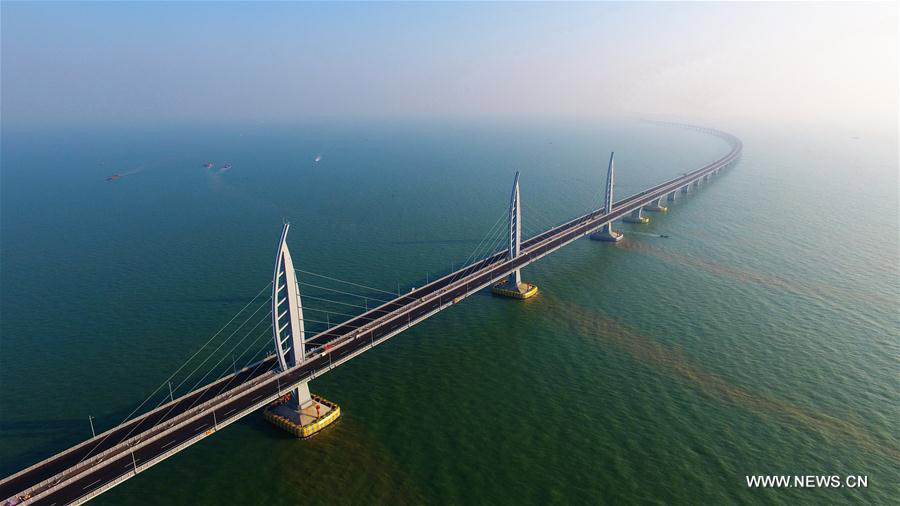 Meanwhile, the HKSAR government made good use of the advantages of "two systems" and actively participated in the Belt and Road Iitiative and the development of the Guangdong-Hong Kong-Macao Greater Bay Area, she added.

Over the past year, Hong Kong enjoyed robust economic growth, with a 3.8-percent increase in real GDP in 2017 and an even higher 4.7-percent growth in the first quarter of 2018, while the unemployment rate dropped to a 20-year low of 2.8 percent and people's earnings registered real improvements in general, Lam said, adding that economic growth provides the HKSAR government with necessary resources for the continuous improvement of people's livelihood.

The current-term HKSAR government had "a good start" which was strongly supported by the central government and underpinned by mutual respect and understanding, as well as joint efforts of different sectors, Lam said.

She called for sustaining this good situation by fully and faithfully implementing "one country, two systems," and maintaining confidence in Hong Kong's rule of law and unique advantages, as well as patiently nurturing Hong Kong's young people into "a new generation with a sense of national identity, an affection for Hong Kong and an international perspective."

About 2,000 guests, including representatives of the central government and HKSAR government, foreign diplomatic missions and celebrities in Hong Kong, attended a flag raising ceremony earlier in the morning and the reception at the Hong Kong Convention and Exhibition Center. 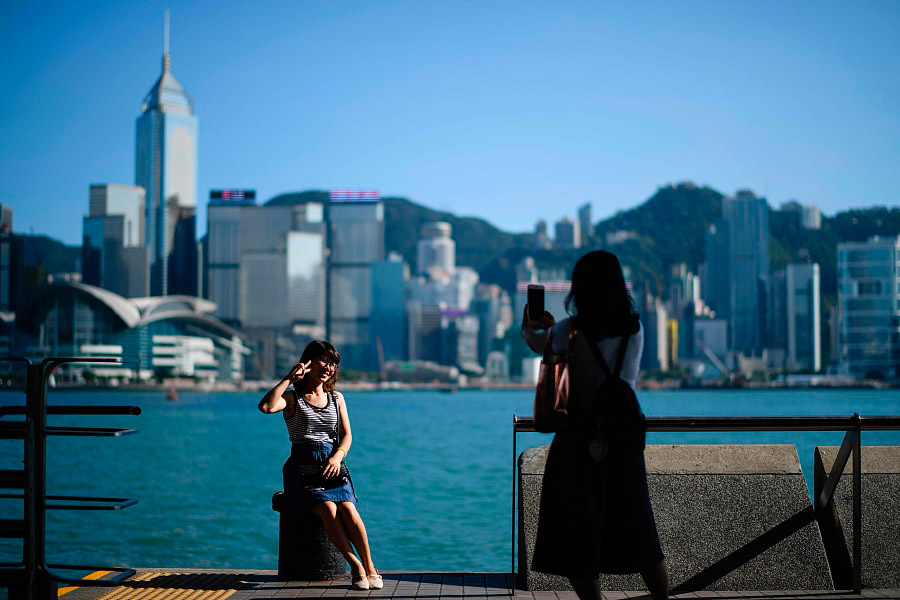 Tourists take photos with the skyline in the background on a Kowloon promenade that runs along Victoria Harbour in Hong Kong on September 26, 2017. [Photo/VCG]