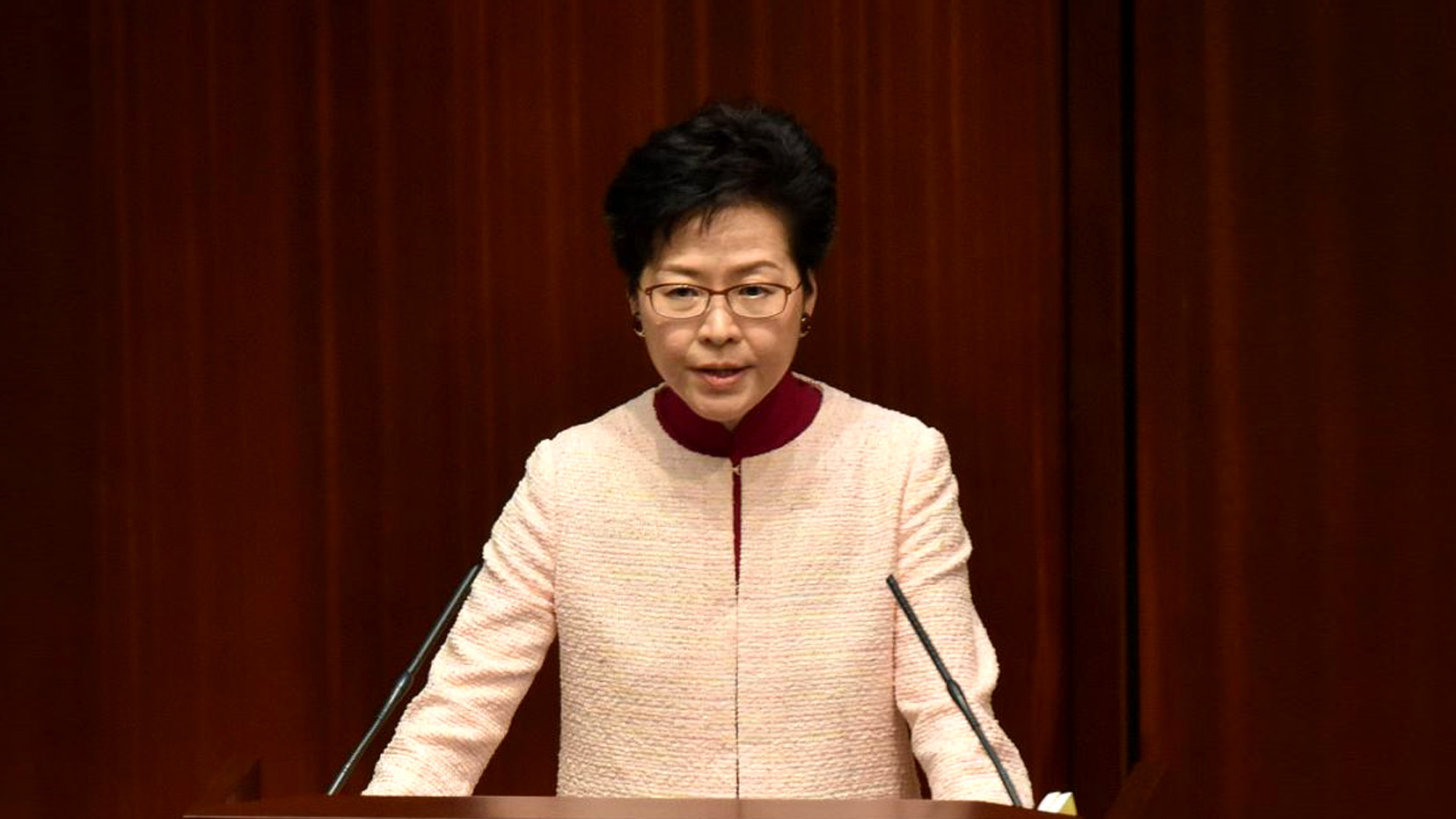 Lam said at a press briefing that the freedom is guaranteed in the Basic Law and the Hong Kong Bill of Rights Ordinance, and provisions of the International Covenant on Civil and Political Rights applied to Hong Kong also remain in force.

The HKSAR government will continue to safeguard the core value of Hong Kong, Lam said.
The police issued a letter of no objection for a public gathering and a following procession in Hong Kong Island on Sunday. The events were largely peaceful but violent acts were still reported as some rioters set fire outside two Hong Kong courts and vandalized shops.
Lam condemned such violent acts, saying the HKSAR government will not condone any damage to the rule of law.
Since its return to the motherland, Hong Kong has made considerable progress in the rule of law and judicial independence, Lam said, calling on residents to treasure the hard-won achievements.