HONG KONG, March 31 (Xinhua) -- Chief Executive of the Hong Kong Special Administrative Region (HKSAR) Carrie Lam reiterated on Tuesday zero tolerance of contraventions of the compulsory quarantine orders on inbound travelers, urging members of the public for self-discipline and cooperation in the fight against the COVID-19 epidemic. 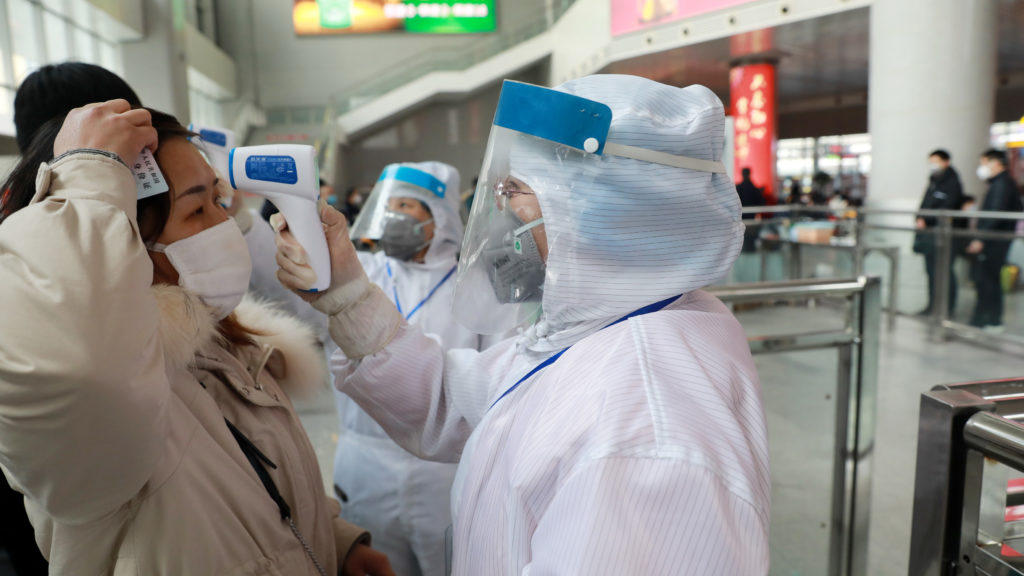 Lam said at a press conference on Tuesday morning that Hong Kong has seen a worryingly rapid increase in the number of confirmed COVID-19 cases over the past week, from about 300 cases seven days ago to more than 600 cases on Monday, mostly involving Hong Kong residents returning form overseas.

The large number of additional imported cases have put the tens of thousands of people taking part in Hong Kong's anti-epidemic work under greater stress, she said.

Since the compulsory quarantine arrangements for persons arriving in Hong Kong from overseas took effect on March 19, the HKSAR government's Department of Health has issued quarantine orders to 50,000 persons, and more than 70 persons have been detected contravening the quarantine orders, according to Lam.

Reiterating the HKSAR government's zero tolerance of quarantine breaches, the chief executive said those contravening home quarantine orders will be sent to quarantine centers and may face prosecution.

The magistrates' courts in Hong Kong ruled on three cases of breaches of quarantine orders on Monday. The three offenders were all sentenced to immediate imprisonment with the longest term being three months of imprisonment.

On the implementation since last weekend of measures prohibiting group gatherings with more than four people in public places, limiting restaurant services and temporarily closing entertainment premises, Lam said staff of relevant departments have inspected more than 5,000 catering or entertainment premises and made about 400 verbal warnings.

The HKSAR government will continue with the inspection in the coming days, Lam said, calling on members of the public to be self-disciplined and abide by the law.