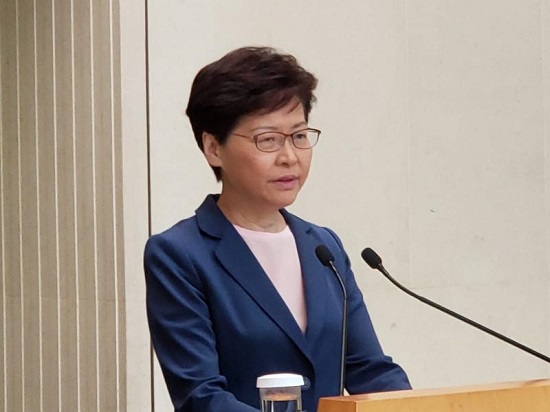 The Law of the People's Republic of China on Safeguarding National Security in the Hong Kong Special Administrative Region was passed earlier Tuesday at the 20th session of the Standing Committee of the 13th National People's Congress (NPC), China's top legislature.

The HKSAR government welcomes the passage of the law by the NPC Standing Committee, Lam said in a statement released in the evening, adding that this national law has been listed in Annex III to the HKSAR Basic Law.

Hailing the legislation, Lam said the HKSAR government will complete the necessary procedure for publication by gazette as soon as possible to enable the implementation of the law in Hong Kong in tandem.