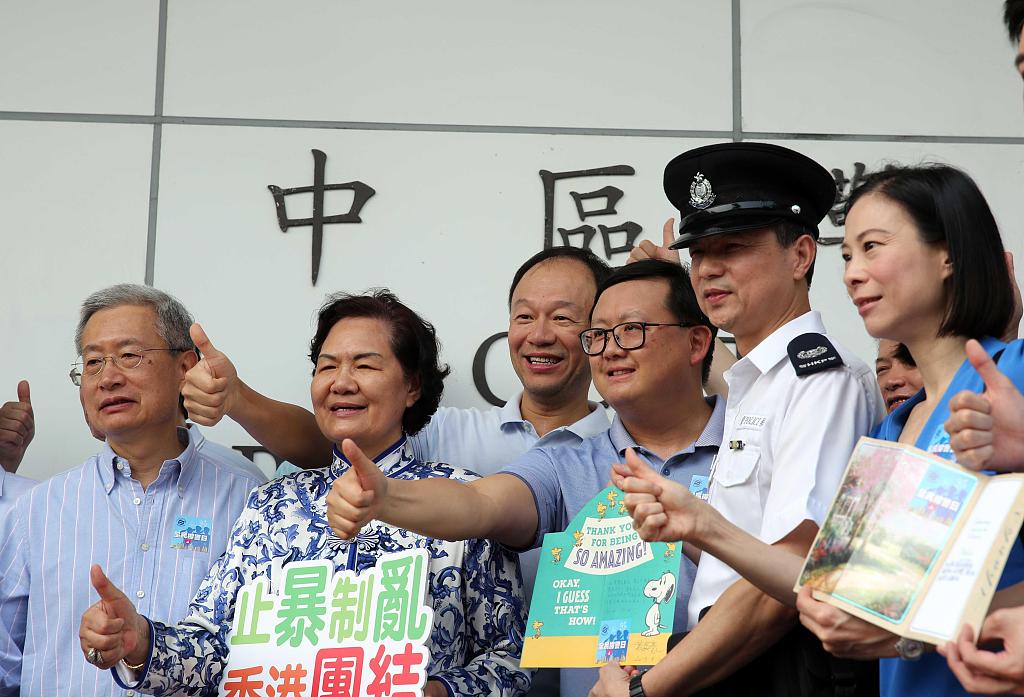 "We are outraged by the violent protesters' behaviours which showed a total disregard of the law, posing a serious threat to the safety of police officers and other members of the public," the spokesperson said. "We severely condemn the acts."

Due to the persistent and large-scale illegal and violent acts, some public facilities were closed early and emergency services and commercial activities were obstructed, the spokesperson said, stressing that the right of ordinary people to carry on their daily lives was deprived.

"We appeal to all members of the public to say no to violence to help the community to restore order as soon as possible," the spokesperson said. "The police will enforce the law strictly and resolutely to bring illegal protesters to justice."