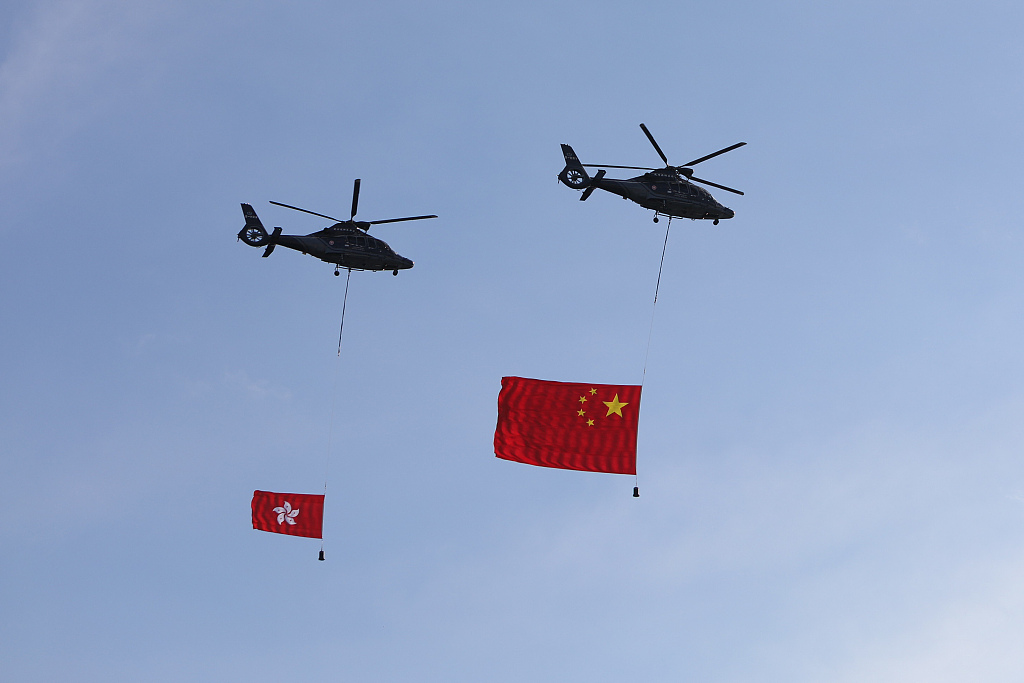 The credit-rating agency downgraded Hong Kong's sovereign rating from AA+ to AA and the outlook from stable to negative.

Chan said the social incidents over the recent months have not affected Hong Kong's core competitiveness, and the Basic Law has strongly safeguarded the "one country, two systems" principle and the continued prosperity of Hong Kong since its return to the motherland.

"The HKSAR government remains committed to upholding the 'one country, two systems' principle and the Basic Law, which are the most important and solid foundation for Hong Kong's sustainable social and economic development," Chan said.

Chan pointed out that Hong Kong's core competitiveness has remained intact, including the free movement of capital, goods, information and people, a simple tax system with low tax rates, a sound regulatory system, rule of law and an independent judiciary, and quality professional services.

Responding to current social problems, the government has suggested concrete actions and started dialogue with the community with a view to finding a way out for Hong Kong, Chan said.

Fitch mentioned in its report that the gradual rise in Hong Kong's economic, financial and socio-political linkages with the Chinese mainland implies its continued integration, which may present greater institutional and regulatory challenges over time.

"Fitch's remarks are purely speculative and groundless," Chan said, stressing the deeper economic and financial ties on the contrary boost Hong Kong's long-term development and create significant opportunities, which has become a broad-based consensus among the business community.

"Hong Kong's financial markets and banking system have been functioning normally in the past few months," Chan said, citing the smooth operation of the Linked Exchange Rate System (LERS), no noticeable outflow of funds, and stable deposits.

"As acknowledged by Fitch, we have the capability to defend the LERS," Chan said.

Hong Kong can navigate through challenges in the face of the current relatively difficult environment and ensure macroeconomic and financial stability, Chan said. "The government will remain vigilant in assessing the economic impacts of the internal and external environment, and introduce measures to support Hong Kong's economic development when necessary."