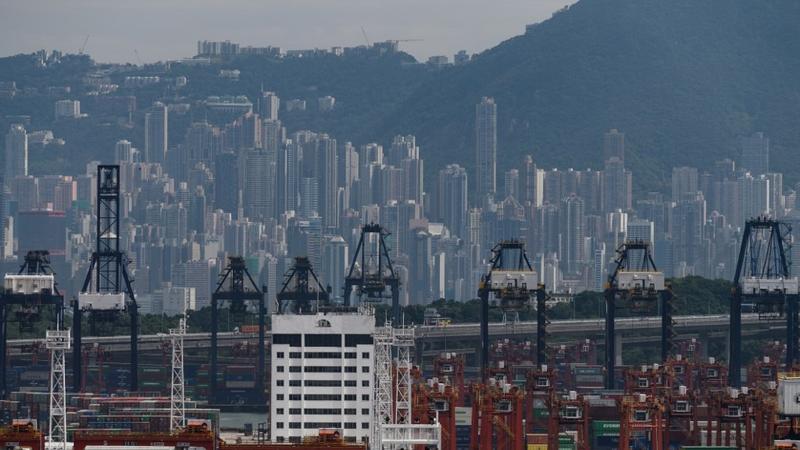 HONG KONG, Sept. 16 (Xinhua) -- The Hong Kong Special Administrative Region (HKSAR) government on Wednesday formally took issue with the U.S. government over the new requirement announced by U.S. Customs and Border Protection (CBP) on Aug. 11 in respect of the origin marking of Hong Kong products, and requested that the requirement be withdrawn immediately.

Secretary for Commerce and Economic Development of the HKSAR government Edward Yau met Acting U.S. Consul General to Hong Kong Paul Horowitz on Wednesday morning. At the meeting, Yau asked the U.S. Consul General to Hong Kong to deliver his letter to the U.S. Trade Representative, expressing the HKSAR government's position that it strongly objects to the U.S. new requirement and requests that the requirement be immediately withdrawn.

Yau said "The U.S. unilateral and irresponsible attempt to weaken Hong Kong's status as a separate customs territory is highly inappropriate. Such a move also confuses the market and undermines the rules-based multilateral trading system. We will robustly advance our arguments to defend Hong Kong's interests."

As a responsible WTO member, Hong Kong always abides by WTO rules. The action taken by the HKSAR government is in accordance with the spirit and practices of the WTO. It is an important step before taking action against the U.S. under the WTO framework with a view to resolving the matter first at a bilateral level, Yau said.

"We will continue to follow up on the matter depending on the U.S. response. If the U.S. refuses to withdraw the requirement and bilateral discussions fail to reach satisfactory outcomes, the HKSAR government will take action against the U.S. in accordance with the WTO Dispute Settlement Mechanism to safeguard Hong Kong's interests under WTO rules."

Yau reiterated that under "one country, two systems," Hong Kong is an inalienable part of the People's Republic of China, and at the same time the motherland confers through the HKSAR Basic Law a special status to the HKSAR.

Pursuant to the HKSAR Basic Law, the HKSAR is a separate customs territory and may, using the name "Hong Kong, China", participate in international organizations such as the WTO and Asia-Pacific Economic Cooperation as a separate member, and develop mutually beneficial economic and trade relations with economies around the world, Yau added.

He stressed that the special status of Hong Kong has been widely recognized and respected by the international community, and Hong Kong's economic and trade status is on par with that of other WTO members. Enditem