HONG KONG, Jan. 17 (Xinhua) -- Matthew Cheung, chief secretary for administration of the Hong Kong Special Administrative Region (HKSAR) government, said it is the primary responsibility of civil servants to uphold the Basic Law, pledge allegiance to the HKSAR, be dedicated to their duties and be responsible to the HKSAR government. 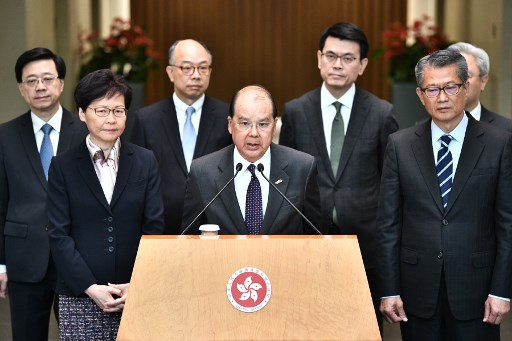 All civil servants should unequivocally acknowledge and accept the responsibility, Cheung wrote in an online article on Sunday.

New civil servants, appointed to their positions after July 1, 2020, have already completed such procedure as more than 4,000 people have made the declaration.

The core values that should be upheld by civil servants will also be further safeguarded, strengthened and promoted, and the effective governance of the HKSAR government will be ensured, he noted.

Civil servants form an important part of the governance team of the HKSAR government and have the responsibility of upholding the Basic Law and implementing "one country, two systems," Cheung wrote.

Taking an oath or signing a declaration is of great symbolic significance as it shows the loyalty and commitment to the Basic Law and the HKSAR, he noted.