HONG KONG, May 30 (Xinhua) -- Senior officials of the Hong Kong Special Administrative Region (HKSAR) government said on Sunday that the local executive-led system will be reinforced under the new electoral system and the government administration will be more effective.

The remarks came after the HKSAR Legislative Council (LegCo) passed a bill on improving Hong Kong's electoral system on Thursday.

Matthew Cheung, chief secretary for administration, said in an online article that the bill's passage means Hong Kong has finished the local legislation to implement amended Annex I and Annex II to the HKSAR Basic Law.

The improved electoral system will help the LegCo to resume its constitutional responsibility, ending rampant legislative conflicts and building a constructive, practical and efficient legislature, he said.

The government administration will also be enhanced, Cheung said, vowing more efforts to bolster the economy and improve people's livelihood. 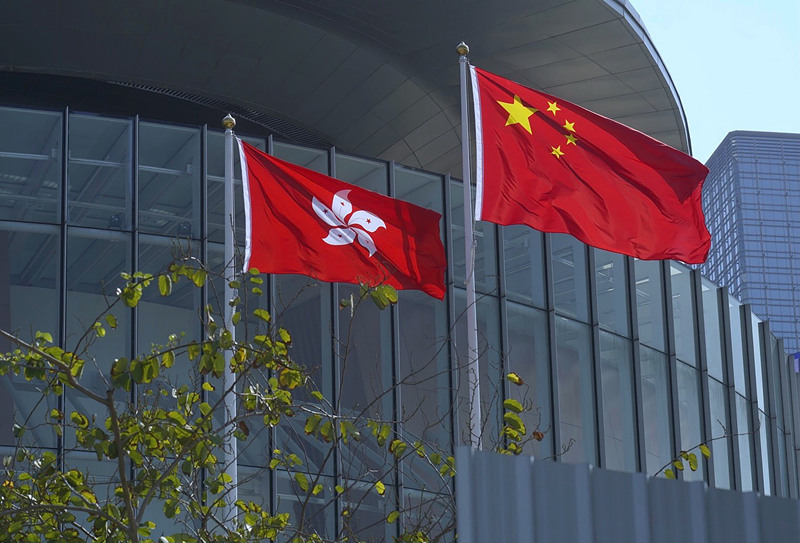 Paul Chan, financial secretary, said that repeated political disputes in the past seriously obstructed the government administration, and that violent incidents and the emergence of "Hong Kong independence" also damaged Hong Kong's rule of law and investment environment.

Thanks to the enactment of the national security law in the HKSAR and the improvements to the electoral system, a new order of "patriots administering Hong Kong" has been established, allowing Hong Kong to return to a safe, stable and orderly environment, Chan said.

As law and order have been restored, the HKSAR government will be able to address deep-seated problems with joint efforts by various sectors, he said.

Teresa Cheng, secretary for justice, said in an online article that with the improved electoral system, anti-China disruptors will be prevented from destabilizing Hong Kong and people who genuinely want to serve the people will be able to participate in the government policy-making process.

Cheng added that the Department of Justice will work closely with other agencies to ensure the upcoming three elections will be held on schedule in Hong Kong.