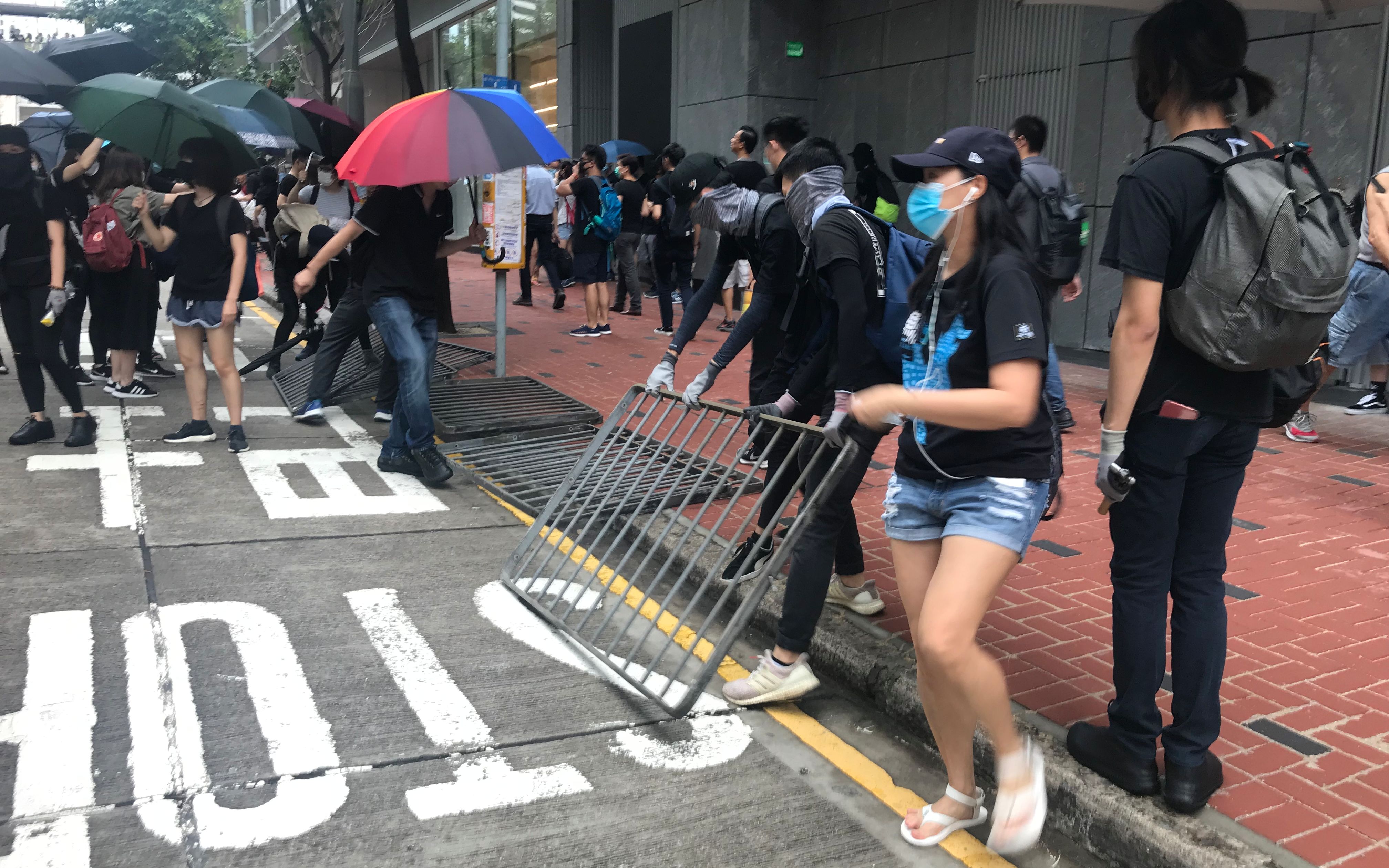 HONG KONG, Sept. 1 (Xinhua) -- The Hong Kong Special Administrative Region (HKSAR) government has severely condemned the illegal and violent acts of the radical protesters, which continued to escalate with no regard for the safety of the public.

Noting the issuance of a notice of objection by the police, a spokesperson of the HKSAR government said in a statement issued late Saturday that unauthorized assembly and procession in various districts on Hong Kong Island and in Kowloon on Saturday extensively blocked thoroughfares and paralyzed traffic on Hong Kong Island, seriously affecting emergency services and people's daily living.

The radical protesters confronted police in various areas, hurled numerous petrol bombs at the government buildings, the Legislative Council building and the Police Headquarters as well as in other places, and attacked police officers with corrosive liquid and bricks, said the statement.

The radical protesters set fires in different places, vandalized public property, set up barricades, and damaged facilities at MTR stations such as platform screen doors, said the statement, adding that the fire at Hennessy Road was very fierce at one point, posing serious danger.

The behaviors of the radical protesters gravely breached the public peace and posed a serious threat to the safety of police officers on duty and members of the public at the scene, it said.

Stressing that the police will strictly follow up on all the illegal and violent acts, the statement said that the HKSAR government appealed once again to members of the public to say no to violence together, so that order can be restored in society as soon as possible.