HONG KONG, Aug. 14 (Xinhua) -- The government of China's Hong Kong Special Administrative Region (HKSAR) on Wednesday severely condemned the violent acts of protesters against a traveler and a reporter at the airport. 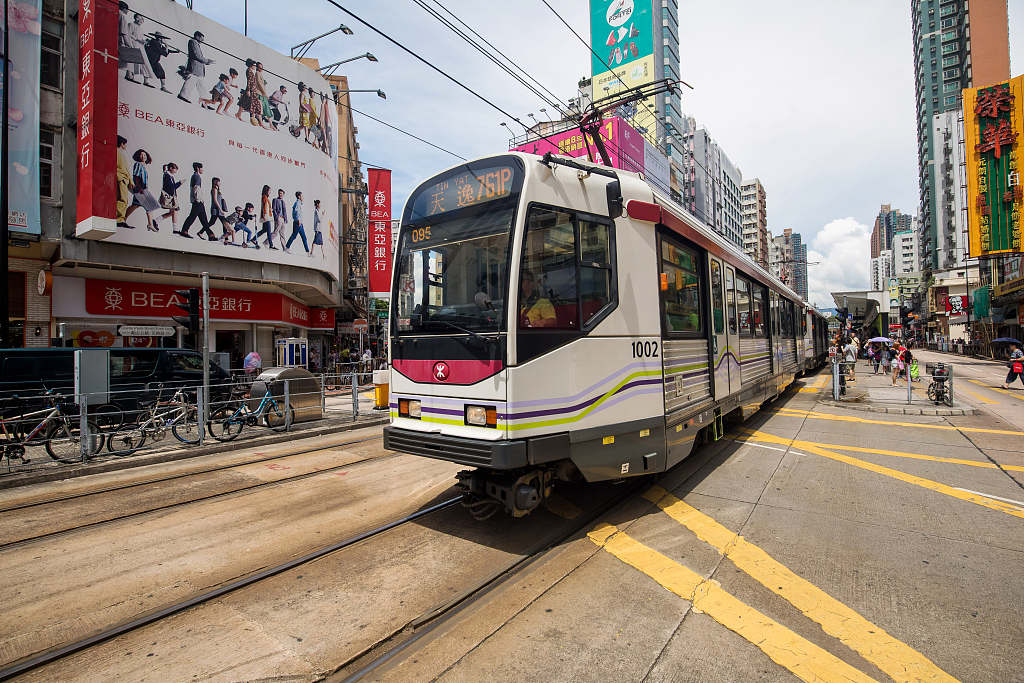 An MTR Corp. light rail train travels through a street in the Yuen Long district of the New Territories in Hong Hong, China, on Tuesday, July 23, 2019. (Photo: VCG)

On Tuesday evening, some violent protesters besieged and assaulted a traveler and a reporter at the Hong Kong International Airport, as well as obstructed an ambulance crew from taking the traveler to hospital, said a spokesperson for the HKSAR government.

The HKSAR government "severely condemns these violent acts, which are outrageous and have overstepped the bottom line of a civilized society," said the spokesperson.

In a statement, the police also severely condemned the "radical and violent" acts of the protestors that had inflicted "physical and mental harm" on the two victims.

The police said an in-depth investigation will be conducted, vowing to bring the assailants to justice.

In the incident, police have arrested five people for offenses including unlawful assembly, possession of offensive weapons, assaulting police officers and breaching of the peace.