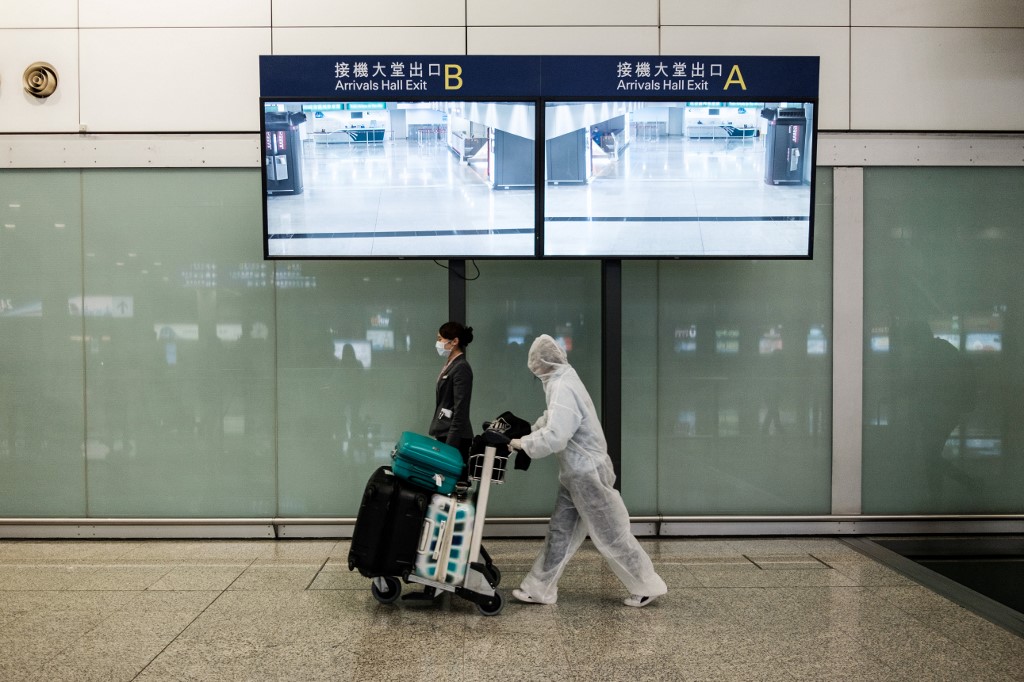 A passenger wears protective gear, as a precautionary measure against the COVID-19 coronavirus, after arriving at Hong Kong’s international airport on March 19, 2020. (Photo: AFP)

All transit services at the Hong Kong International Airport will also continue to be suspended until further notice.

The entry restriction and suspension of airport transit services, announced by the HKSAR government on March 23 as enhancements to its anti-epidemic measures, took effect at 00:00 a.m. on March 25 local time and were at the time to be implemented tentatively for 14 days, ending on April 7.

The COVID-19 pandemic remains severe around the globe as the number of cases reported globally has exceeded 1.18 million, the spokesman said, adding that the number of confirmed COVID-19 cases in Hong Kong as at 4 p.m. Monday local time has reached 914, more than double the number of 357 confirmed cases a fortnight ago.

Over the past two weeks, around 75 percent of the confirmed cases in Hong Kong are either with travel history during the incubation period or being close contacts of such cases. In view of the latest situation, the HKSAR government has decided to extend the entry restriction and suspension of airport transit services, he said.

Since the measures came into effect, the number of passenger arrivals at the Hong Kong airport has declined remarkably. On Sunday, there were only 813 passenger arrivals via the airport, a drop of nearly 82 percent as compared with the number before the implementation of the measures on March 24. Among them, only seven arrivals were non-Hong Kong residents, according to the spokesman.