The Hong Kong Special Administrative Region (HKSAR) government said on Wednesday that the National Flag and National Emblem (Amendment) Bill 2021 will be gazetted on Aug. 13 and introduced to the Legislative Council for first and second readings on Aug. 18. 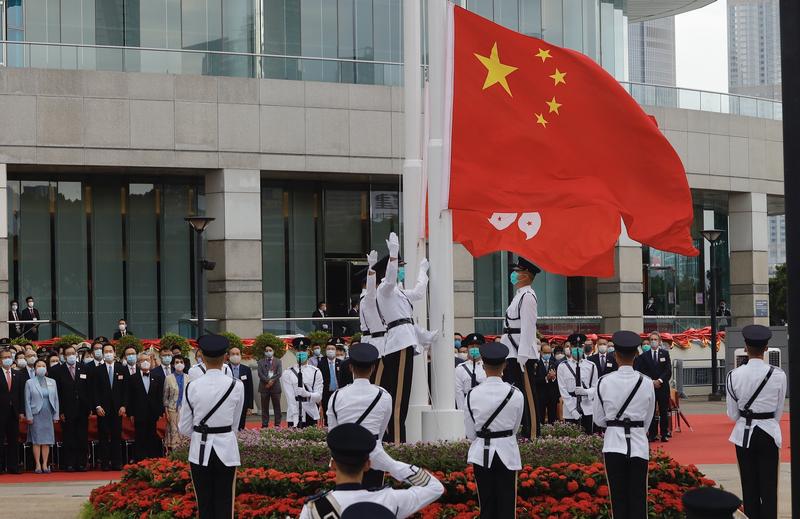 A flag-raising ceremony is held at the Golden Bauhinia Square on Hong Kong Island to celebrate the 71st anniversary of the founding of the People’s Republic of China, Oct 1, 2020. (PHOTO / CHINA DAILY)

Through the enactment of the National Flag and National Emblem Ordinance (NFNEO) in July 1997, the national flag law and the national emblem law had been applied locally by legislation. In light of the recent amendments to the two national laws by the NPC Standing Committee, the HKSAR has the constitutional responsibility to implement the two amended national laws locally, the HKSAR government said.

These are the symbols and signs of the country, so as to promote respect for the national flag and the national emblem, enhance the sense of national identity among Hong Kong people and promote patriotism, whilst taking into account the common law system and actual circumstances in Hong Kong, the spokesman said.