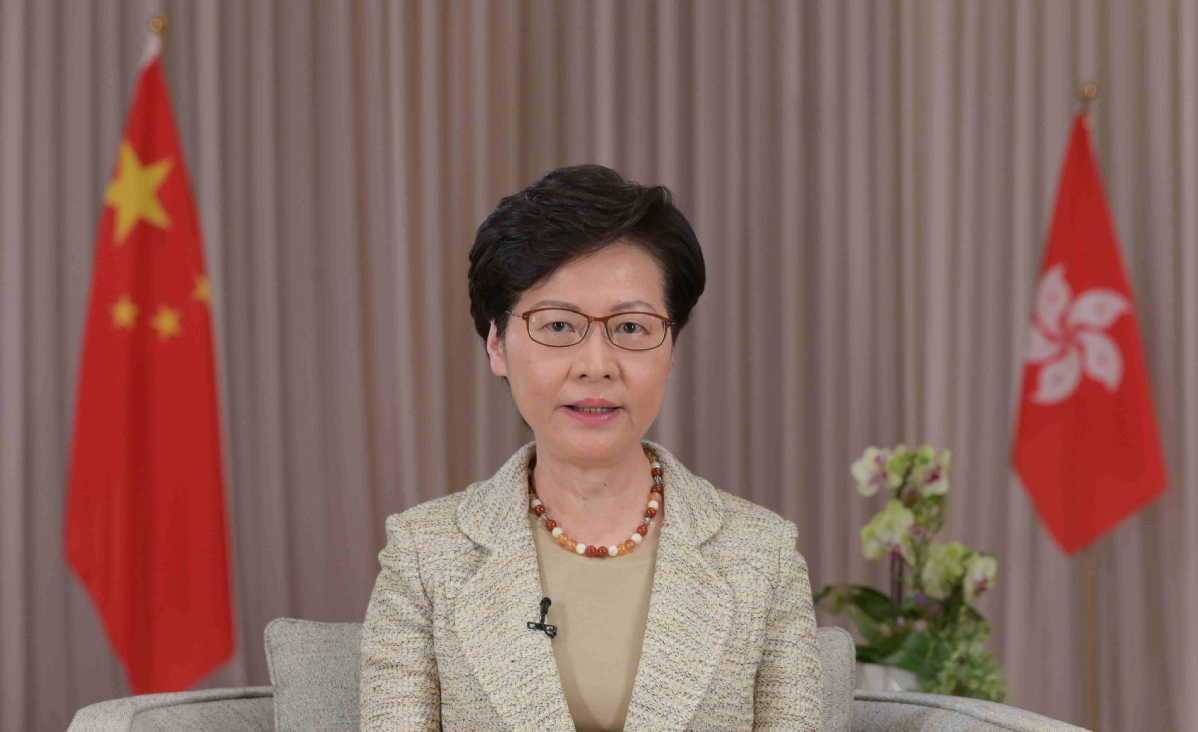 HONG KONG -- Safeguarding national security is the constitutional responsibility of the Hong Kong Special Administrative Region (HKSAR) and the HKSAR government will fully support the enactment of national security legislation and fulfill its duty to ensure the implementation of the relevant law in Hong Kong, Chief Executive Carrie Lam said Saturday night.

Lam's remarks came after China's top legislature reviewed a draft law earlier Saturday on safeguarding national security in the HKSAR, which was submitted for deliberation at the 19th session of the Standing Committee of the 13th National People's Congress (NPC) from Thursday to Saturday.

Taking into consideration the practical situation in Hong Kong, the enactment at the state level of the legislation to safeguard national security in the HKSAR is a significant decision by the central authorities at a critical moment to enhance the "one country, two systems" institutional system, thus ensuring the long-term prosperity and stability of Hong Kong, Lam said in a statement.

Lam said she and principal officials of the HKSAR government have expressed their views to the central authorities after the NPC adopted the decision on establishing and improving the legal system and enforcement mechanisms for the HKSAR to safeguard national security.

The SAR government notes with appreciation that the relevant parties had seriously studied the views reflected by the SAR government, considered the actual situation of Hong Kong and enhanced the draft legislation through multiple reviews under the spirit of absorbing opinions as much as possible, Lam said.

In particular, the drafting process leverages, follows and reflects an important principle, which is, taking into account the difference between the mainland and Hong Kong and making every effort in ensuring the compatibility and complementarity of the said national security law with the relevant national laws and the local laws in the HKSAR, Lam said.

Lam said the the HKSAR government agrees that Hong Kong should establish a commission for safeguarding national security to be chaired by the chief executive, and will set up dedicated units in the Hong Kong Police Force and the Department of Justice which will shoulder the major responsibilities in implementing the relevant enforcement work.

The enactment of legislation for safeguarding national security in the HKSAR is to prevent, curb and sanction four types of criminal acts, namely acts of secession, subversion of state power, terrorist activities, and collusion with foreign or external forces to endanger national security, Lam said.

Therefore the legislation will only target an extremely small minority of people who have breached the law on those offences, while the life and property, basic rights and freedoms of the overwhelming majority of Hong Kong residents will be protected, she stressed.