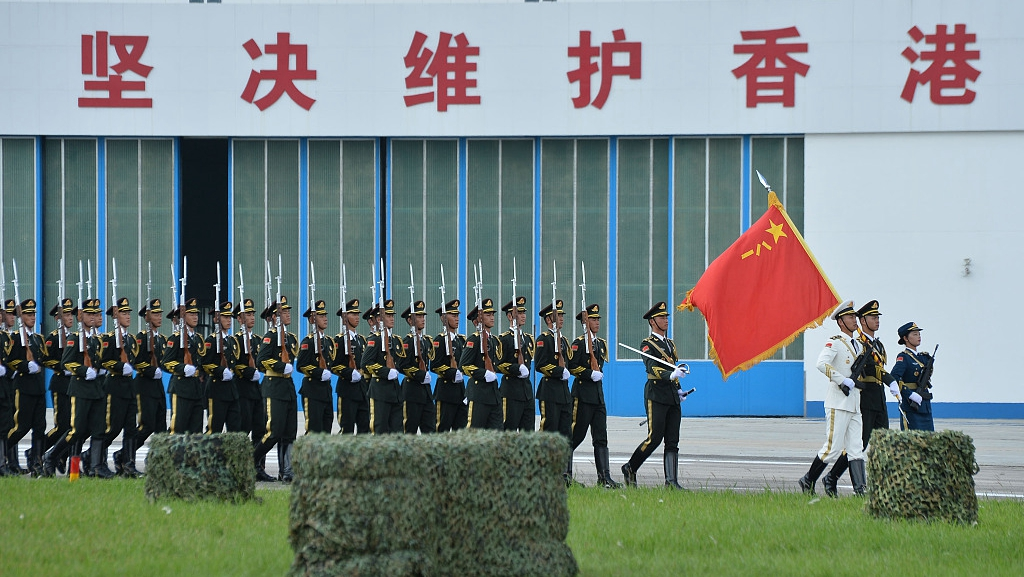 HKSAR Chief Executive Carrie Lam attended and spoke at the hand-over ceremony, saying that the event carried an important constitutional significance since it fully underlines the relationship between the central government and the HKSAR under the principle of "One Country, Two Systems."

The 150-meter-long military dock on the northern shore of Hong Kong Island is the last military facility required to be re-provisioned for use by the PLA Hong Kong Garrison, which has already been managing 18 other military sites in the city, according to Lam.

"The HKSAR government has to leave free 150 meters of the eventual permanent waterfront at a place close to the Central Barracks for the re-provisioning of the Military Dock for the Hong Kong Garrison upon completion of the reclamation works in Central," she said.

The handover had not taken place earlier because the reclamation works were "delayed for many years due to various challenges," she explained.

"Defense is of utmost importance to the country and must be fully safeguarded," she said, adding that nobody can enter military sites without authorization.

However, the garrison has agreed to consider opening the military dock "on a discretionary basis" to allow the public to enter the non-restricted area, she added.

After the handover, the military dock will be managed by the garrison and its future opening arrangements are subject to the decision of the garrison, she said.

The garrison has been performing its defense duties in the HKSAR strictly in accordance with the Basic Law, the Garrison Law and relevant legislation over the past 23 years since Hong Kong returned to China. It has provided a solid backup for upholding the HKSAR's long-term prosperity and stability and is well respected by HKSAR citizens, said Lam.

On behalf of the HKSAR government and local residents, she paid tribute and extended her appreciation to the garrison that has been defending Hong Kong and caring for its residents.