HKSAR govt may terminate ties with law group if it's politicized, Lam says 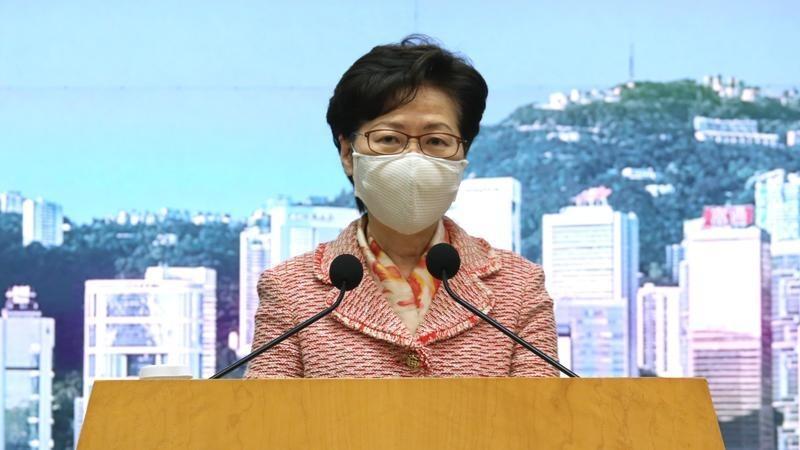 The remarks came before the reelection of five members of the group's council, scheduled for Aug 24.

At a regular news briefing on Tuesday, Lam said that all professional bodies should operate in accordance with their principles and laws. She added that the government has maintained close ties with the law group, such as seeking its advice in many areas of legal work.

The group is also tasked with recommending candidates to some government bodies in charge of legal work, such as the Appointment to Judicial Officers Recommendation Commission and the Legal Aid Services Council. Some statutory and advisory bodies of the government have also frequently appointed candidates recommended by the group, Lam said.

Given these "profound" ties, if the group is hijacked by politics, or if it deviates from its professionalism, these working relations must be reviewed, she said.

The law group said in a statement on Tuesday that as a bridge between the industry and the government, it will remain politically neutral and communicate with relevant government departments at all times.

It also said that, as a self-regulatory and professional group, it aims to maintain the professional standards and conduct of lawyers in Hong Kong and considers the interests of the whole industry.

On July 31, the SAR government announced that it severed ties with the Hong Kong Professional Teachers' Union, saying the union's remarks and deeds in recent years have made it no different from a political body.

The union, which disbanded on Aug 10, actively participated in anti-government activities and lobbied teachers to launch numerous class boycotts during the 2019 social unrest.

During the news briefing, Lam also responded to the Civil Human Rights Front's dissolution on Sunday. She said its decision had nothing to do with freedom of speech and assembly, dismissing foreign countries' accusations.

The front, a major protest organizer, held a series of illegal rallies that often turned into riots in 2019. One of its conveners, Figo Chan Ho-wun, was sentenced to 18 months in prison for an illegal protest held in 2019 by the group. The front is also reportedly being investigated under the National Security Law for Hong Kong.

Lam noted that the group was suspected of breaking the law, so therefore disbanding was its "only option". She said the group's dissolution does not absolve its members of legal responsibility and that investigations of the group will continue.

Lam said the social unrest has clearly shown Hong Kong and the SAR government what the Professional Teachers' Union and other such groups, which have been allowed to participate in public affairs, are like in essence.