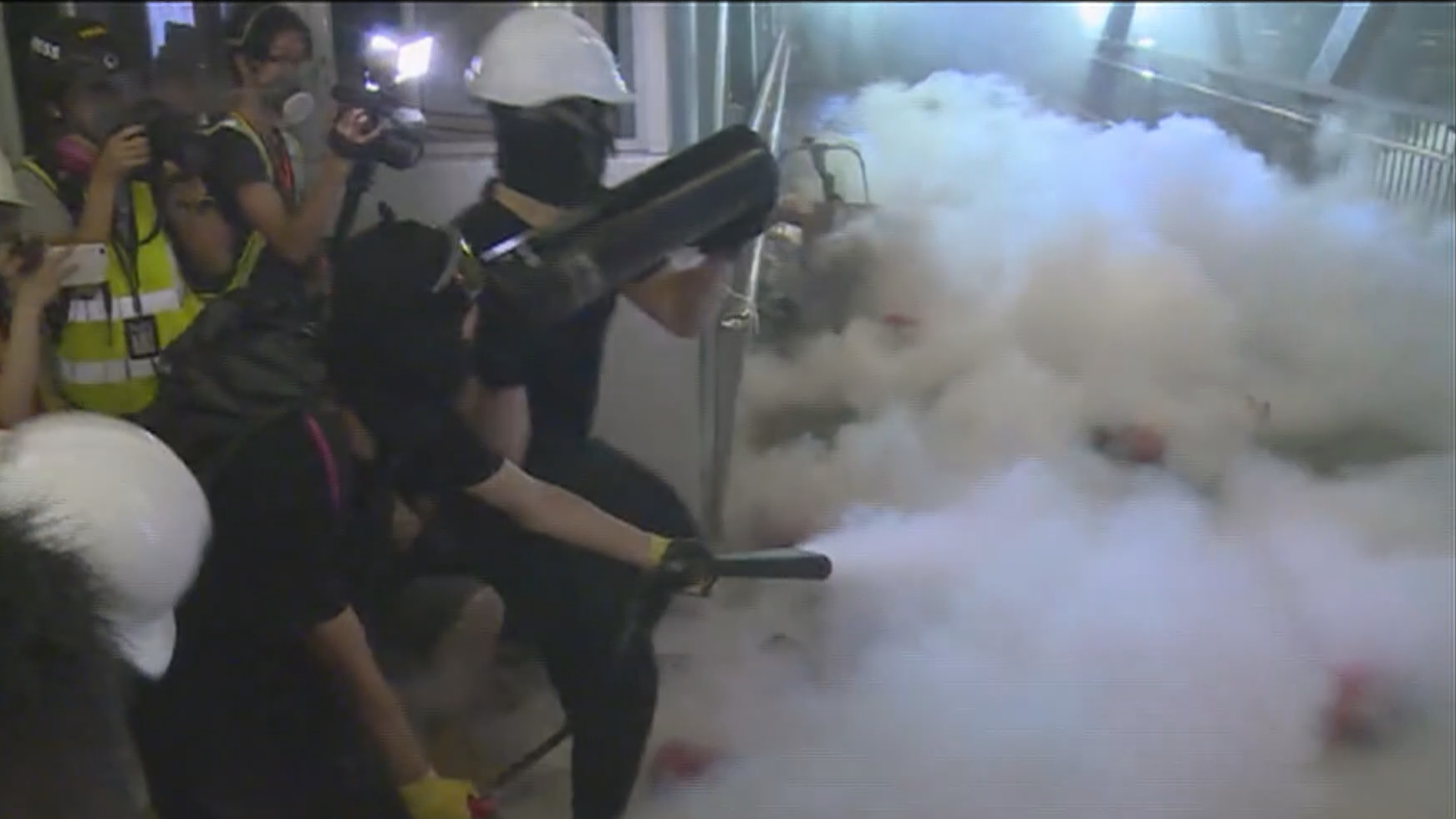 The government of the Hong Kong Special Administrative Region (HKSAR) condemns the unauthorized protest and assembly that occurred in Hong Kong's Yuen Long on Saturday after Hong Kong police had issued a ban, an HKSAR government spokesperson said Sunday.

Despite the illegality of Saturday's assembly, the HKSAR government has mobilized all measures available to ensure safety, including special transportation arrangements.

Some violent protesters charged police barricades, damaging police vehicles and blocking streets during the latter stages of the assembly. The spokesperson said that the HKSAR government strongly condemns these maliciously violent acts as they damage social stability and challenge the rule of law, adding that Hong Kong police will investigate in accordance with the law and deal with the issue.

Hong Kong police on Sunday confirmed that 11 men aging from 18 to 68 had been arrested on suspicion of unlawful assembly, hiding weapons and attacking police, Senior Superintendent of the Police Public Relations Branch Yolanda Yu Hoi-kwan said in a media briefing.

"We strongly condemn the violent acts in Yuen Long that disregarded the safety of local residents," Yu said, adding that Hong Kong police are "highly confident and determined to maintain HKSAR's social stability and will never tolerate any violence."