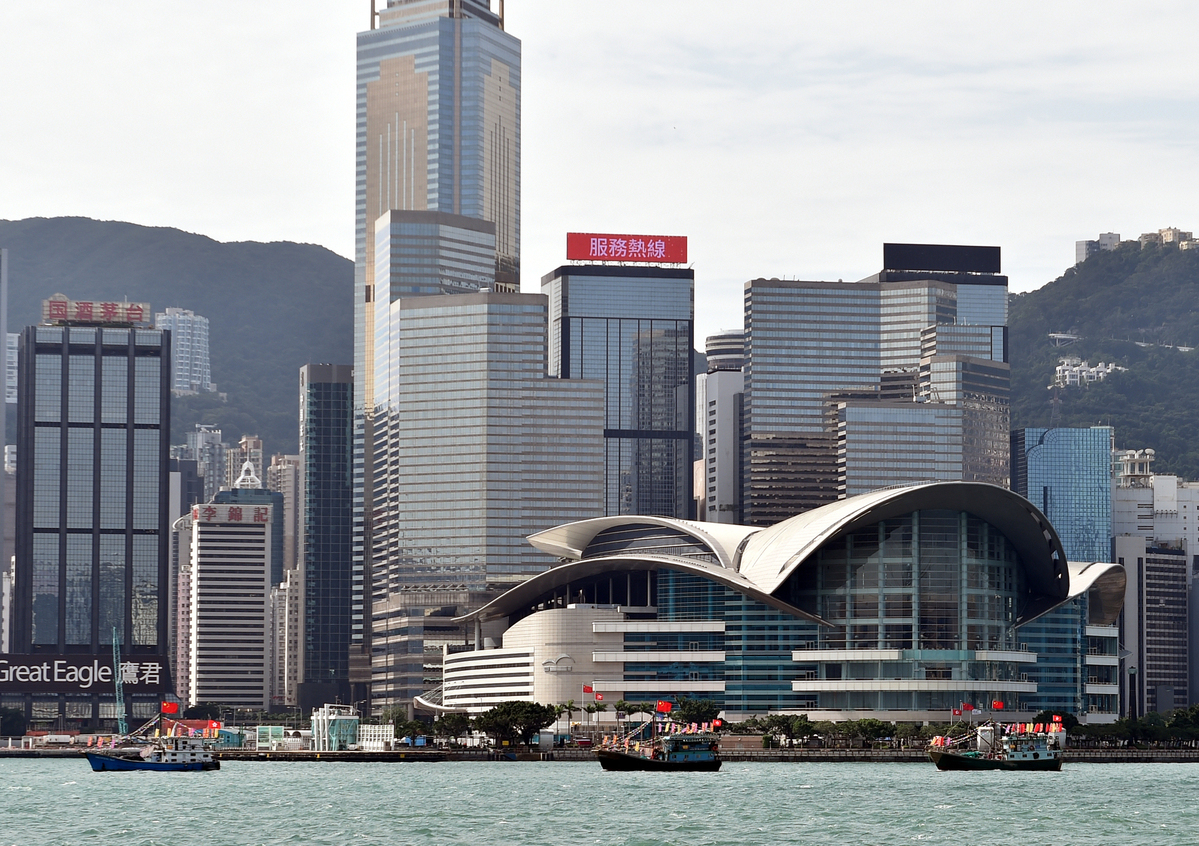 A view of the Victoria Harbor of Hong Kong. [Photo/Xinhua]

The business community in Hong Kong believes the city can play a unique role of being a bridge and a window to national development during the 14th Five-Year Plan (2021-25) period.

The Fifth Plenum of the Chinese Communist Party's 19th Central Committee closed on Thursday, stressing that a mutually beneficial strategy of opening-up should be pursued and more effort should be made to further open up to the outside world.

David Wong Yau-kar, a Hong Kong deputy to the National People's Congress, the country's top legislature, told China Daily that under the "one country, two systems" principle, Hong Kong will be an important "bridge" and "window" between the domestic and foreign markets, as well as internal and external circulation, for the nation's next five years of development.

Hong Kong plays a vital role in global financial markets. As a mature capital market and a top IPO destination, the city will be the most important financing center for mainland Chinese enterprises entering the global market, Wong said.

Hong Kong entrepreneur Allan Zeman, who heads Lan Kwai Fong Holdings, said: "Hong Kong is the country's gateway to the West and also the gateway from the West to the country. They will always need this guy in the middle."

In addition, given that the city also has strengths in its legal system and financial capabilities and enjoys connections with other economies, and thanks to its status as a free port, the city is suitable to become the first stop for foreign capital interested in the Guangdong-Hong Kong-Macao Greater Bay Area.

Zeman said he expects capital flows into the region to intensify in the future as its development gathers momentum.

As the nation aims to develop its domestic economy, Hong Kong should ponder the role it seeks to play in the nation's development landscape.

Fielding Chen Shiyuan, senior vice-president of strategic planning and corporate development at China Construction Bank (Asia), told China Daily: "As the world's second-largest economy bets big on the 'dual circulation' strategy to stay committed to further opening the door wider while focusing on domestic demand, Hong Kong — having the best of both worlds — has what it takes to be the focal point of the country's external circulation to expedite the course of reform and opening-up. Such a role is what Hong Kong should be committed to and it plays it well."

Hong Kong residents also are excited that their career development will improve along with the national development process.

Kuk Tin-man, a local resident and real estate agent in her 30s, said, "I am confident that there is a bright future for regional integration and the free flow of people between Hong Kong and the Chinese mainland, provided that Hong Kong can catch up with the mainland cities and Macao in terms of effectiveness and efficiency in curbing the epidemic.

"I feel it necessary to keep close communication with the mainland for my career development, as well as to meet my friends and relatives living there," she added.