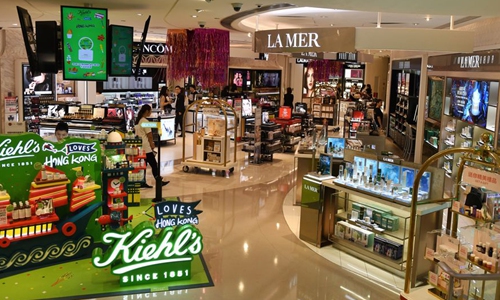 The government of the Hong Kong Special Administrative Region (HKSAR) will expand fiscal expenditure within its means to ease economic burden on individuals and companies. But restoring social order is the essential premise to recover economic growth, experts said on Sunday.

It may record its first budget deficit in 15 years in the 2019-20 fiscal year, which ends in March.

Due to the ongoing violence and gloomy economic environment, the HKSAR government has had lower tax receipts and land sales income this year. Together with rounds of economic bailouts that cost HK$20 billion ($2.55 billion), the government is expected to run a deficit for the current fiscal year, Hong Kong Financial Secretary Paul Chan Mo-po, said in a blog post on Sunday.

The government should adopt an expansionary fiscal policy to support the economy through counter-cyclical measures, and to ease pressure on the economy and stabilize public confidence, Chan said.

"A history of prudent macroeconomic policies has left the Hong Kong SAR with significant buffers to address both cyclical and structural challenges," the IMF said in a report on Wednesday. 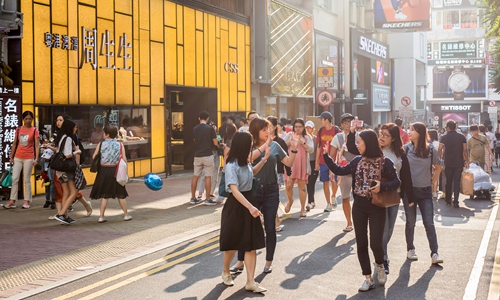 Foreign exchange reserves at about 120 percent of GDP or twice the monetary base, together with a large net international investment position of about 390 percent of GDP, provide a strong buffer against external shocks, said the report.

After years of fiscal surpluses, the government has accumulated sufficient reserves and a short-term deficit would only be a minor problem, said Liu Guohong, director of the Department of Finance and Modern Industries at the China Development Institute in Shenzhen, South China's Guangdong Province.

However, government measures can only address an abrupt economic slowdown and the premise of an economic recovery would be the city restoring social order and the rule of law as soon as possible, Liu said.

New measures to support enterprises and employment were released on Wednesday, and these could involve more than HK$4 billion, according to a statement from the HKSAR.

The measures include waiving water and sewage charges and providing electricity subsidies to certain entities.