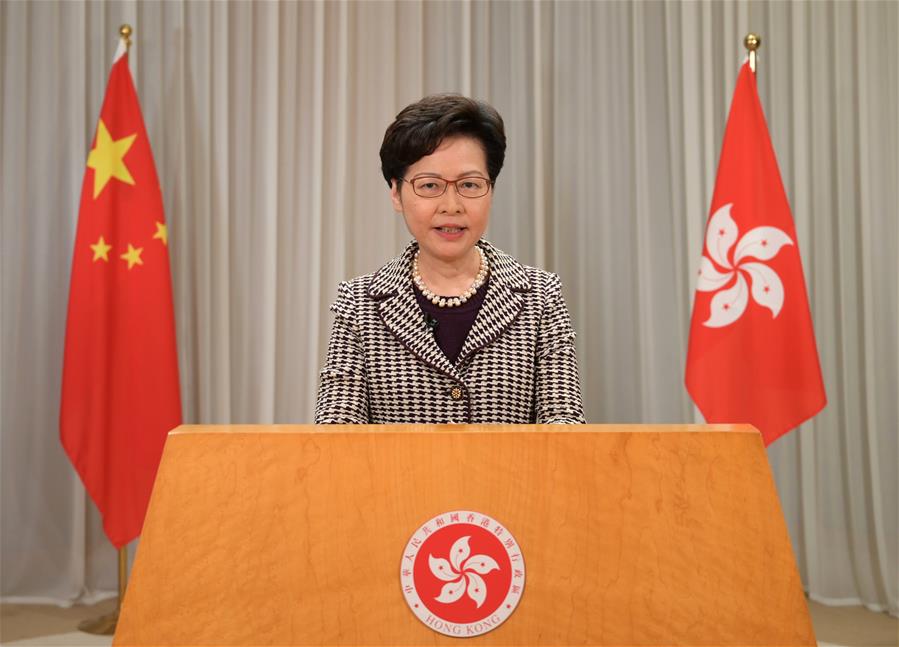 Lam said in a statement that the amendments improve the electoral system of the HKSAR, thereby establishing a political structure that upholds the "one country, two systems" principle, reflects the actual situation of Hong Kong and ensures "patriots administering Hong Kong". 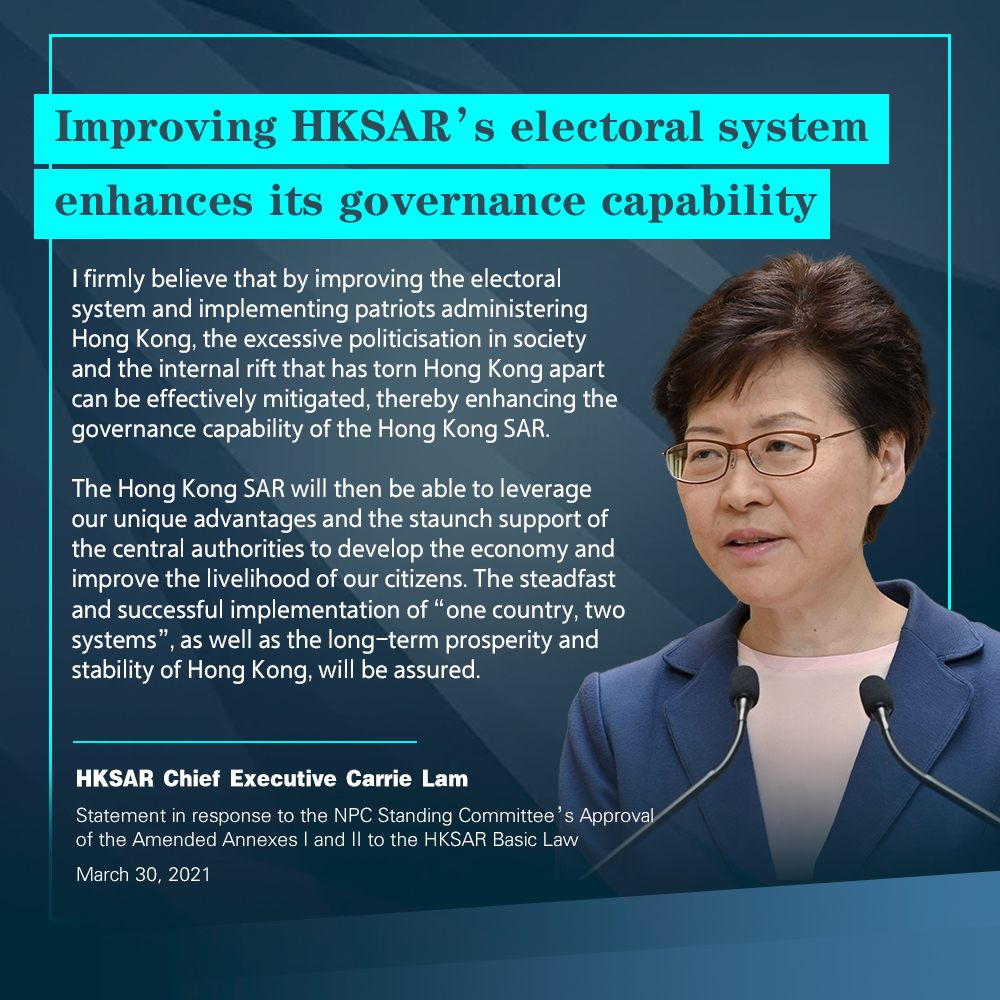 Lam said that she and the HKSAR government will spare no effort in taking forward the necessary amendments to the local electoral legislation in accordance with the amended Annex I and Annex II.

"We will extensively explain the matters to the public such that more and more people will recognize the necessity and urgency of such improvements to the electoral system and render their support," she said.

After the passage of the local electoral legislation by the Legislative Council, the HKSAR government will conduct and regulate election-related activities in accordance with the law in an orderly and efficient manner so as to implement the new electoral system, she added.

"I will continue to lead my governing team to dutifully administer Hong Kong according to the rule of law, safeguard national sovereignty, security and development interests, and maintain the overall stability of Hong Kong.

"I firmly believe that by improving the electoral system and implementing 'patriots administering Hong Kong', the excessive politicization in society and the internal rift that has torn Hong Kong apart can be effectively mitigated, thereby enhancing the governance capability of the HKSAR," Lam said.

The HKSAR will then be able to leverage its unique advantages and the staunch support of the central authorities to develop the economy and improve people's livelihood. The steadfast and successful implementation of "one country, two systems", as well as the long-term prosperity and stability of Hong Kong, will be assured, she said.