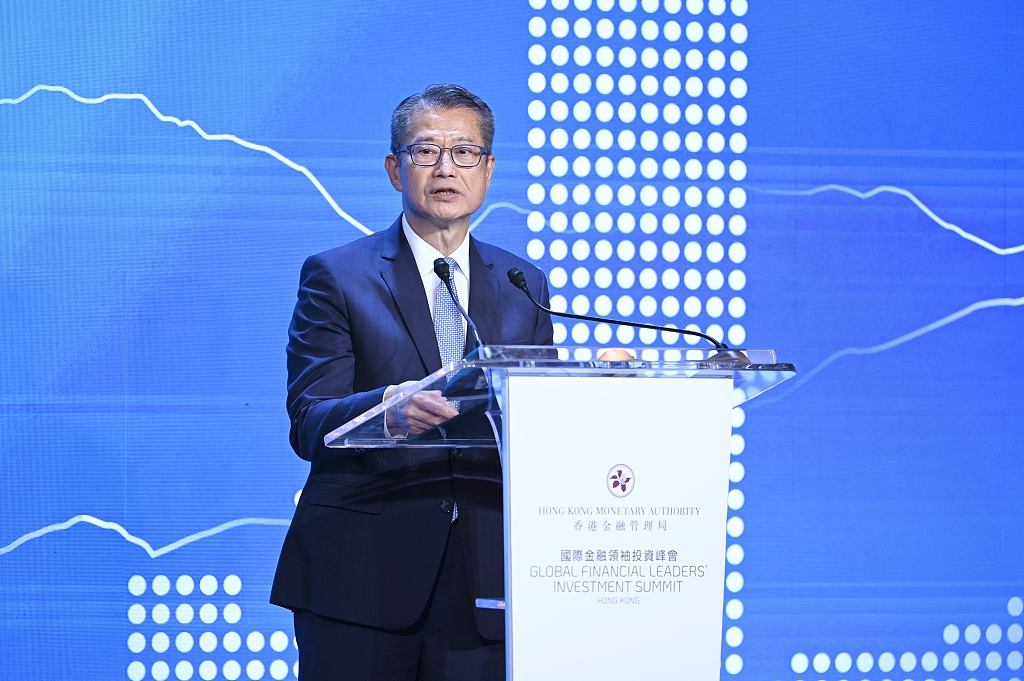 Chan, who met with WTO Director-General Ngozi Okonjo-Iweala, said that while the global economy is weathering various challenges, the HKSAR has for years been a firm supporter of a rules-based multilateral trading system with the WTO at the core.

The HKSAR has been actively promoting and forging free trade, Chan told the WTO chief, who visited the Chinese mainland to attend the seventh "1+6" Roundtable on Dec. 8 and Dec. 9.

Chan said that the roundtable has made valuable contributions to building an open world economy and boosting global economic recovery and growth.

The financial secretary said the HKSAR will further deepen its role as an international financial center, trading center, aviation hub, and shipping center, among others, thus making more and greater contributions to forging better connections between the country and the world, as well as promoting common and inclusive development.