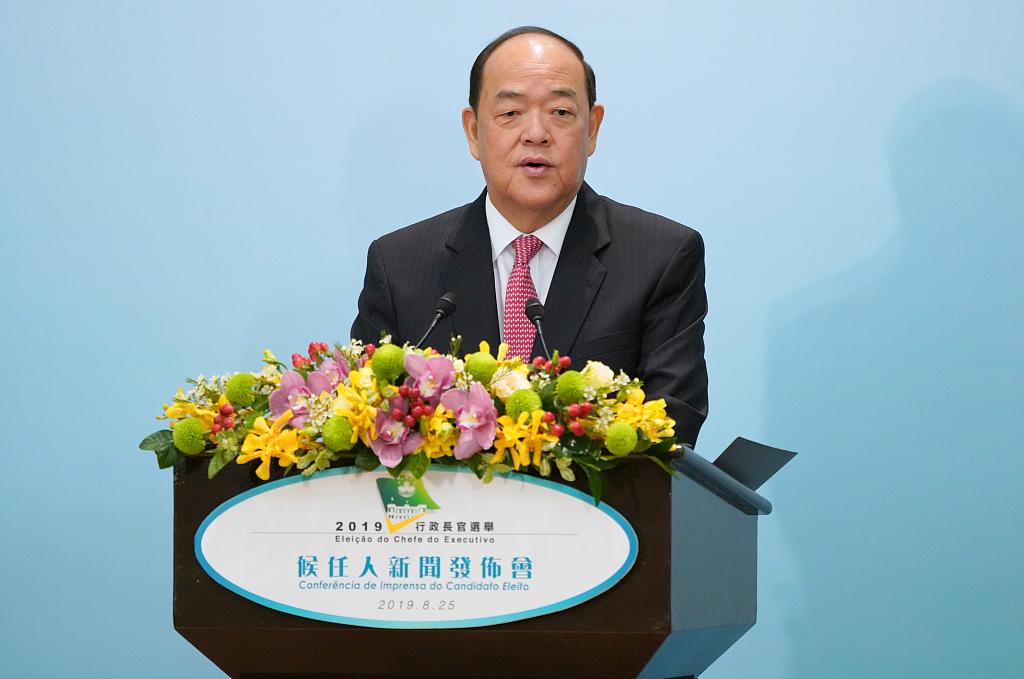 Ho was elected the fifth-term chief executive-designate of the Macao SAR on Aug. 25 as the sole candidate of the election.

His tenure will start from Dec. 20, 2019, according to a decision made at a State Council meeting presided over by Premier Li Keqiang.

Li told the meeting that the election was completely in line with the Basic Law of the Macao SAR and all other relevant laws, and reflected an open, fair and just principle.

The premier said Ho's win by a clear majority showed the wide recognition and support for him by all walks of life in Macao.

This year marks the 20th anniversary of Macao's return the motherland, Li said, adding the "one country, two systems" principle has been a great success in Macao and presented many highlights.

He said that central authorities will continue to implement the Basic Law and the principle of "one country, two systems," under which Macao people govern Macao and the SAR enjoys a high degree of autonomy, supporting the improved livelihood and harmony of the region.

The premier said he was confident that Ho could lead the SAR government and people to break new ground and write a new chapter for the successful practice of "one country, two systems" during his tenure.

He had also been a deputy to China's National People's Congress (NPC) and a member of the NPC Standing Committee.