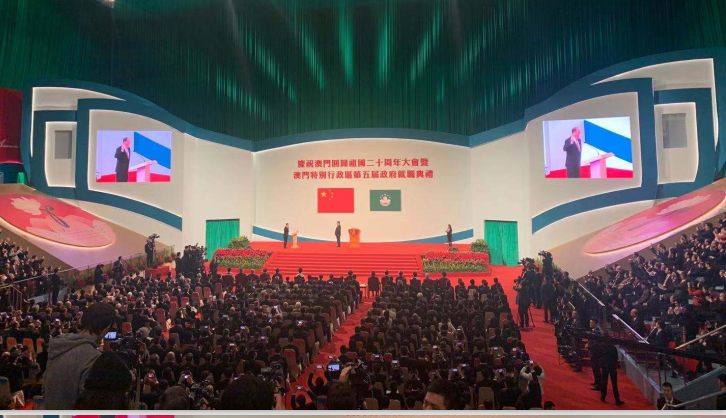 Ho took his oath at a meeting celebrating the 20th anniversary of Macao's return to the motherland, where the inauguration ceremony of the fifth-term government of the Macao Special Administrative Region (SAR) was held.

Xi, also general secretary of the Communist Party of China Central Committee and chairman of the Central Military Commission, attended the ceremony.

Ho took his oath before Xi, who oversaw the swearing-in ceremony.

Ho, 62, was elected the fifth-term chief executive of the Macao SAR in August and promised to spare no effort in upholding the principles of "One Country, Two Systems" and "Macao people governing Macao" with "a high degree of autonomy."

The principal officials and new public procurator-general of the fifth-term Macao SAR government then also took their oaths before Xi.

Members of the Executive Council of the Macao SAR were sworn in by Ho.

Ho delivered speech during the ceremony and vowed to safeguard national security and sovereignty together with the fifth SAR government and will keep implementing the "One Country, Two Systems" principle with Macao characteristics.