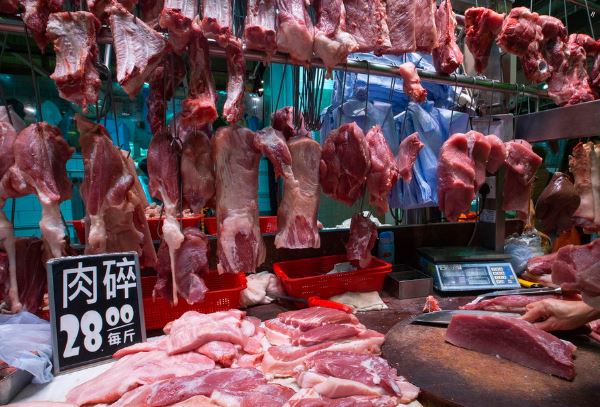 China is zeroing in on its hog slaughter sector to crack down on substandard practices and strengthen testing for viruses, as part of its latest effort to control the spread of African swine fever, the Ministry of Agriculture and Rural Affairs said recently.

Thorough inspections of all hog slaughter businesses in the country are to be completed before May 1, and those lacking permits for waste disposal or violating disease prevention regulations will be suspended and ordered to make corrections, the ministry said in a statement released on Friday.

If proper corrections are not made before July 1, faulty slaughterhouses will be stripped of their operating permits, the statement said.

The ministry also ordered all enterprises involved in slaughtering hogs or selling live hogs across provincial or regional borders to carry out self-inspections to root out swine fever hazards, in tandem with the official scrutiny.

Meanwhile, the ongoing campaign to crack down on illegal actions in the slaughter sector, such as injecting water and drugs into pigs to increase their weight, will continue. The campaign, jointly launched in December by the Ministry of Agriculture and Rural Affairs, the Ministry of Public Security and the State Administration for Market Regulation, is expected to run through May.

Chen Huanchun, an academician of the Chinese Academy of Engineering, said that even though China has established a regulatory framework that covers the entire live hog industry chain, some small-scale pig farms lack sufficient biosecurity awareness and technology to avoid contagious diseases.

In its latest move, the ministry also stressed the need to train more technicians capable of conducting safety tests for slaughterhouses and enhance the capability of county-level disease prevention laboratories to meet the demand of small-scale firms in the industry.

It added that intense testing for African swine fever virus during the slaughter stage is believed to be an effective method to cut off the spread of infections.

Since the first outbreak of African swine fever hit the northern province of Liaoning in August, China has banned live hog transport in large swaths of the country, prohibited feeding kitchen waste to pigs and employed massive culling to curb its spread.

However, the highly contagious disease, which is deadly to pigs but harmless to humans, still affected 28 provincial-level regions and led to 111 outbreaks, the ministry said at a news conference held in early March.

The ministry added that the epidemic is contained, but the task of eradicating the disease remains arduous and stressful.