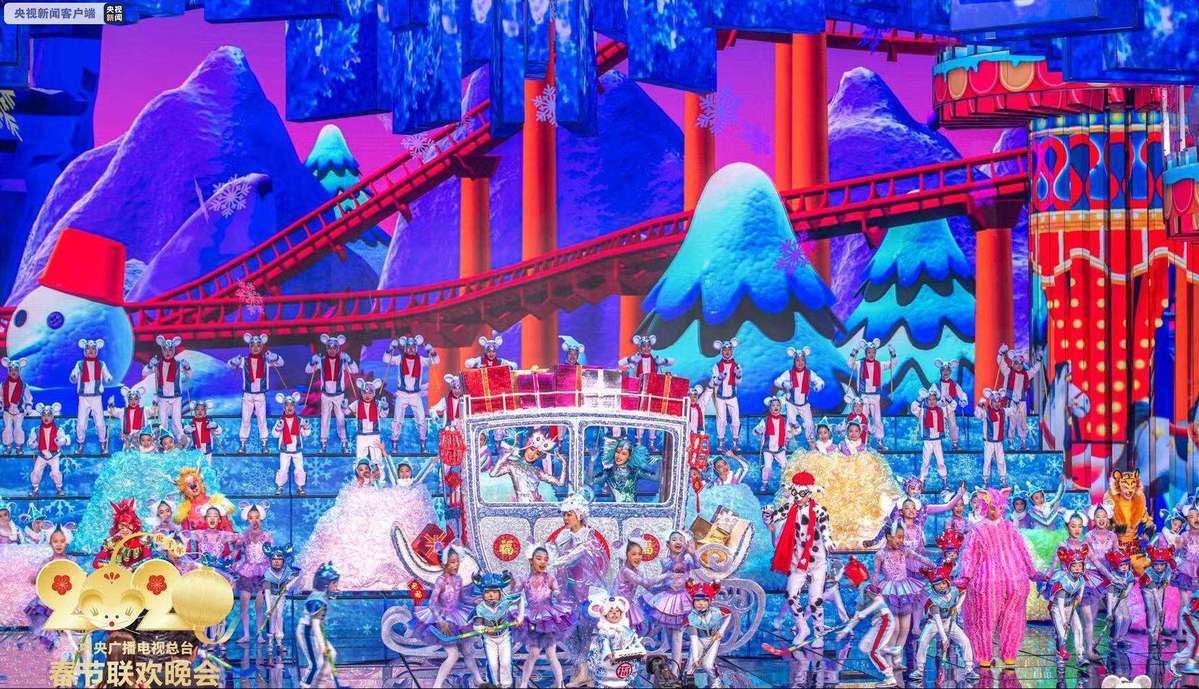 The annual Spring Festival Gala will be broadcast live by CCTV at 8 pm on Friday to herald celebrations of the Spring Festival, the biggest traditional Chinese festival. This year is the Year of the Rat, the first in the cycle of 12 Chinese zodiac signs.

The gala will feature a variety of shows, including singing, dancing, acrobatics, comic sketches and traditional Chinese art forms such as Peking Opera and xiangsheng (crosstalk). It will also host a gathering of the nation's pop music and movie stars.

During the news conference held in the capital on Monday, CCTV officially announced the lineup for the gala's hosts, some of whom are very new to the audiences, including Zhang Shuyue and Yin Song, both winners of the 2019 TV Hosts Competition by China Media Group, and actress Tong Liya. Veteran CCTV hosts Ren Luyu, who has hosted the annual gala four times, and Xinjiang-born Negmat Rahman, who has been hosting the gala since 2015, will also be hosting the gala.

According to Yang Dongsheng, director of this year's gala, audiences will see new celebrities perform with veteran artists in a variety of shows such as singing and comic sketches, appealing to the younger generation. Apart from Chinese artists, performers from Europe, Asia and Africa will also join in the gala.

"The gala is about family reunion, tradition and having fun together. We will have more comic sketches and crosstalk shows, hoping to conjure up more laughter," said Yang, who is directing the gala for the third time.

Since 1983, watching the Spring Festival Gala has been a national tradition. Yang compares it to "an important dish of the dinner of the New Year's Eve".

This year, the gala will be broadcast live in over 170 countries.

As one of the most-watched shows in the country, the 2020 Spring Festival Gala will combine the latest technology with performances, including LED display, virtual reality and UltraHD, or 4K, broadcast. For the first time, the gala will be turned into a 4K movie, according to director Jiang Wenbo, who is in charge of the gala technology.