Nearly 2 million people are predicted to take railway trips via seven stations in Shanghai during the upcoming Dragon Boat Festival holiday from Saturday to next Monday, exceeding the number of passengers during the same period in 2019, the China Railway Shanghai Group said today. 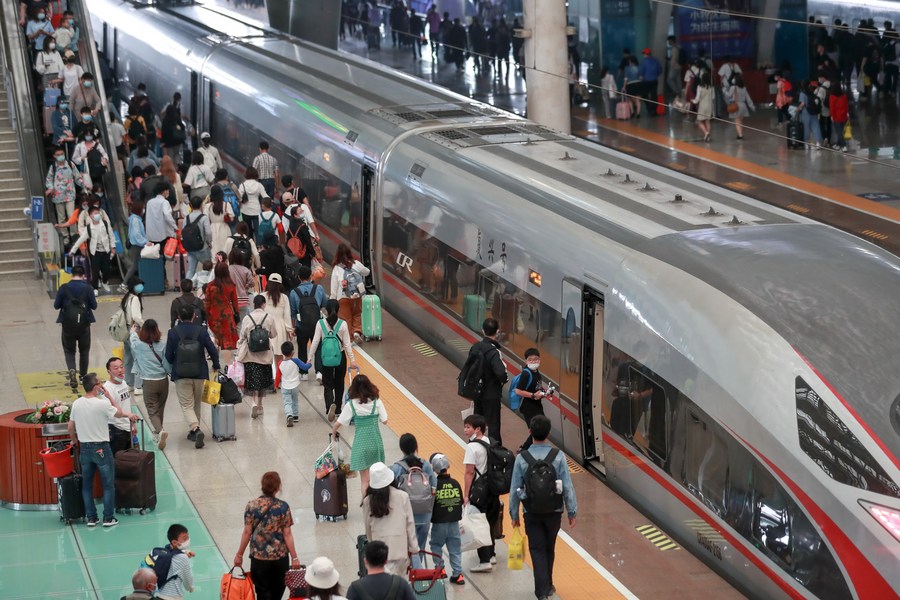 The holiday travel rush runs from Friday until next Tuesday.

Most passengers will be tourists and those returning home, with the majority taking short and medium-distance trips.

Saturday will be the peak travel day, with 570,000 passengers expected.

Tickets to destinations such as Hunan and Jiangxi provinces, as well as north of Jiangsu Province, are in short supply.

A total of 96 additional trains will depart from Shanghai Railway Station, Shanghai South Railway Station and Shanghai Hongqiao Railway Station en route to Jiangxi, Fujian and Anhui provinces and north of Jiangsu Province during the travel rush to accommodate the influx of passengers.