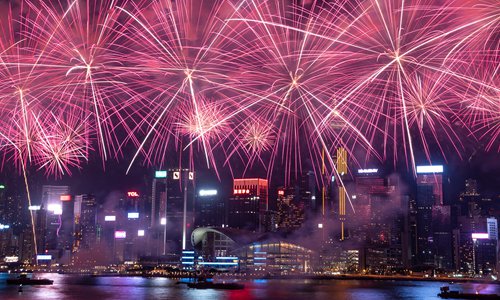 "Having regard to public safety considerations, the Lunar New Year Fireworks Display originally scheduled to be held at Victoria Harbor on January 26 (Sunday) has been canceled," the Leisure and Cultural Services Department of the HKSAR government said.

This is the third time since the unrest in Hong Kong started in June, 2019 that traditional fireworks displays were canceled due to concerns over public safety.

The Leisure and Cultural Services Department earlier canceled the National Day Fireworks Display originally scheduled to take place at the  Victoria Harbor in the evening of Oct. 1, 2019 in view of the security situation and having regard to public safety.

The well-known New Year's Eve fireworks display over Victoria harbor held annually by the Hong Kong Tourism Board was also canceled for the first time in its 10-year history.