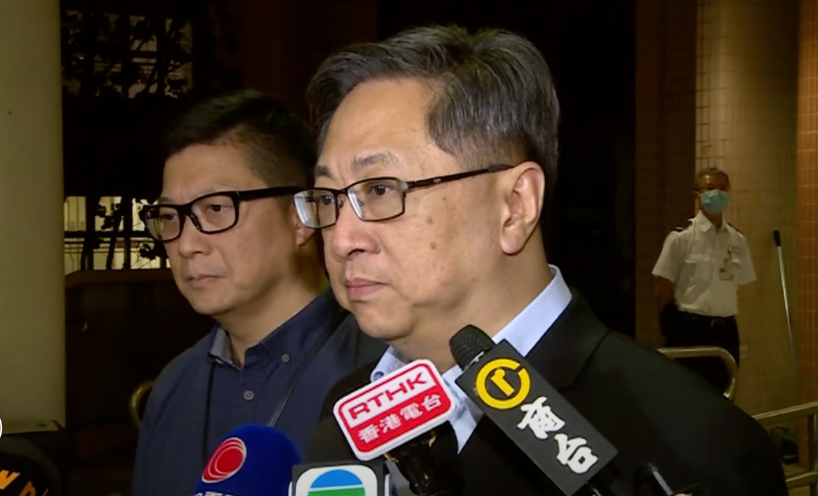 The unrest was the latest demonstration by protesters of the now-suspended fugitive bill, which was called off after authorities received mixed reactions from the Hong Kong society.

Speaking to the press after visiting police officers who were injured, Lam said, "We’re deeply grateful to the police who put their lives on the line and keep Hong Kong safe. They worked very hard with professionalism and restraint but were attacked by the rioters, as you can see from the TV news, which is shocking."

"I’m here to strongly condemn these thugs who attack our police. Our society will not tolerate these acts of violence," Lam added. "I’m here also to call for all Hong Kong residents to respect the rule of law and support the police so that we can live in a safe city. We all continue to support the police in investigating criminal acts."

Lam's speech echoed that of Hong Kong Police Commissioner Stephen Lo Wai-chung who denounced the behavior of the protesters earlier on Monday after visiting injured officers.

"One of our officer’s finger was cut by rioters; some others were hit by sharp objects. I strongly condemn the rioters, and we will try our best to investigate it," the police commissioner said on Monday.

Eleven police officers have been hospitalized due to the recent unrest, according to Lo. The police chief also voiced his appreciation of their efforts to put an end to the violence.

"I’m grateful to my officers for their hard work under such a huge pressure. They contribute much to HK’s safety and the city’s order, and deserve the respect of the society," he said, adding that he's sad to see them attacked like this.

Thirty-seven people were arrested in the riot.