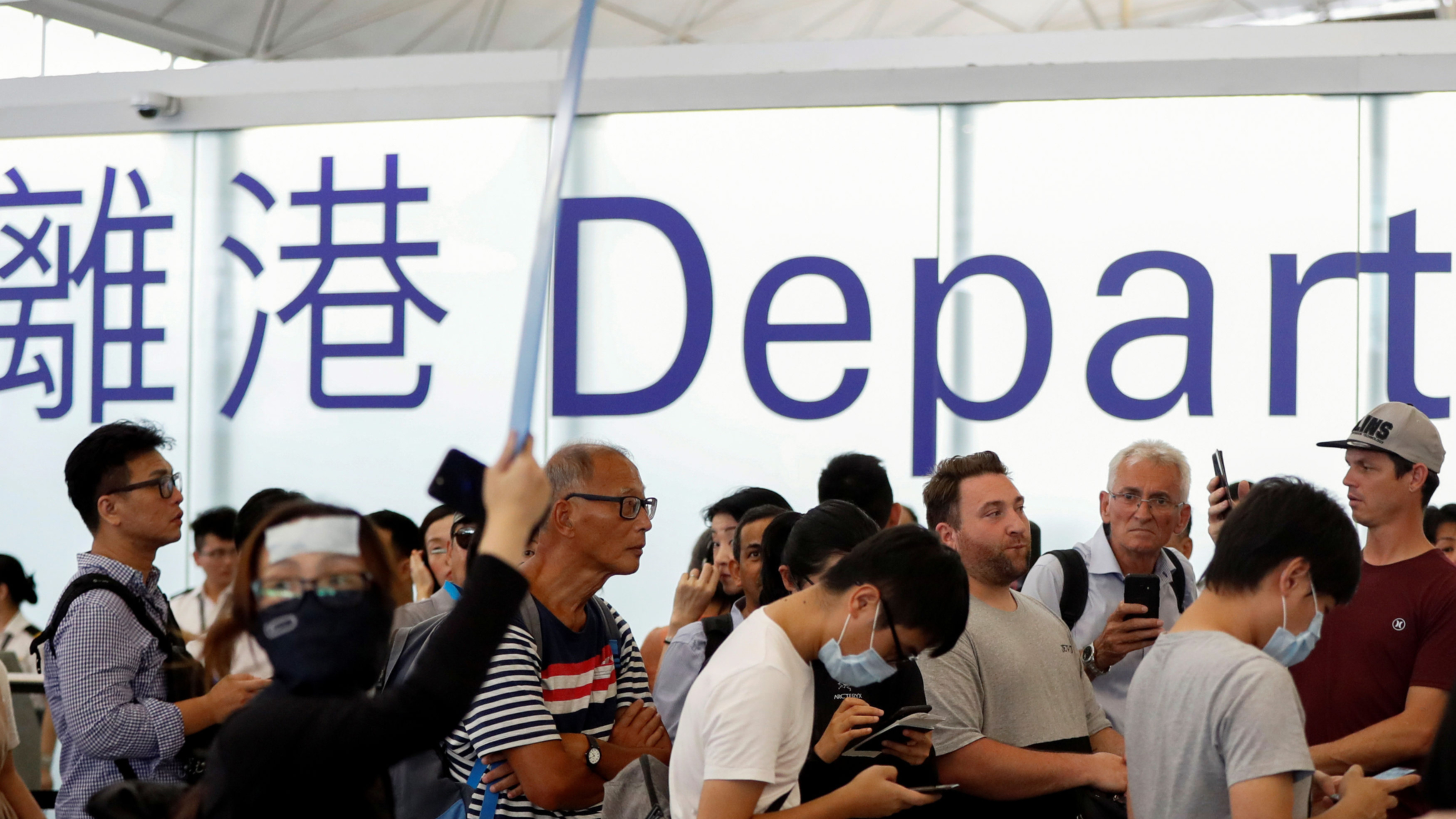 HONG KONG, Aug. 23 (Xinhua) -- The High Court of the Hong Kong Special Administrative Region extended an interim injunction at the Hong Kong International Airport on Friday amid repeated calls on social media for further disturbances at the airport in the coming weekend.

After days of disturbances and violence by unlawful assemblies at the airport, the Airport Authority Hong Kong obtained on Aug. 13 an interim injunction from the court to restrain persons from unlawfully and willfully obstructing or interfering with the proper use of the Hong Kong International Airport.

Judge Wilson Chan of the Court of First Instance of the High Court said Friday in the judgement that while disturbances at the airport have seemingly subsided after the grant of the interim injunction order on Aug. 13, there is evidence of continuing threats to the airport in the coming weekend, including repeated calls on social media to obstruct access control points to prevent passengers from entering the airport.

"Given the continuing threat of disturbances at the airport, I have no hesitation in continuing the order to maintain the status quo until trial or further order of the court," said the judgement.

"The balance of convenience is strongly in favor of continuing the order," the judgement said, stressing that "the smooth running of the airport is of crucial significance to Hong Kong, in particular the security and safety of its citizens and travelers, its commercial interests, as well as its international reputation."

The airport authority said in a statement following the court's decision that it was in the process of obtaining sealed copies of the order and would publish the order in accordance with the court's requirements.

Blocking roads connecting to the airport may constitute acts of unlawfully and willfully obstructing or interfering with the proper use of the airport, the statement added.

The airport authority started to implement an access control plan for the terminal buildings at the airport on Aug. 14 as a new security measure after the disturbances. Only passengers with a valid air ticket or boarding pass for a flight in the next 24 hours and a valid travel document, or airport staff with relevant identification document will be allowed to enter the terminal buildings.

The airport authority said the access control plan will continue upon further notice.

The airport authority put out advertisements on local newspapers on Friday, urging young people who love Hong Kong not to support or take part in any action that would obstruct the airport's operation or damage its international image, so as to avoid impact on the hundreds of thousands of people working in Hong Kong's industries of aviation, tourism, transport, logistics and trade.

Meanwhile, seven civil aviation trade unions in Hong Kong issued a joint statement on Thursday, strongly condemning the demonstrators' attempt to continue disturbances at the airport and appealing to the public not to participate in the illegal activities.

The demonstrators' earlier storming and besiege of the airport has inflicted immeasurable losses on the Hong Kong International Airport's reputation and business, the statement said, criticizing the demonstrators for their extremely selfish act of damaging the livelihood of large numbers of airport employees.