HONG KONG, Dec. 31 (Xinhua) -- The Court of Final Appeal of the Hong Kong Special Administrative Region (HKSAR) on Thursday overturned the bail granted to Next Digital founder Jimmy Lai Chee-ying, and remanded him in custody again until his next court appearance on Feb. 1. 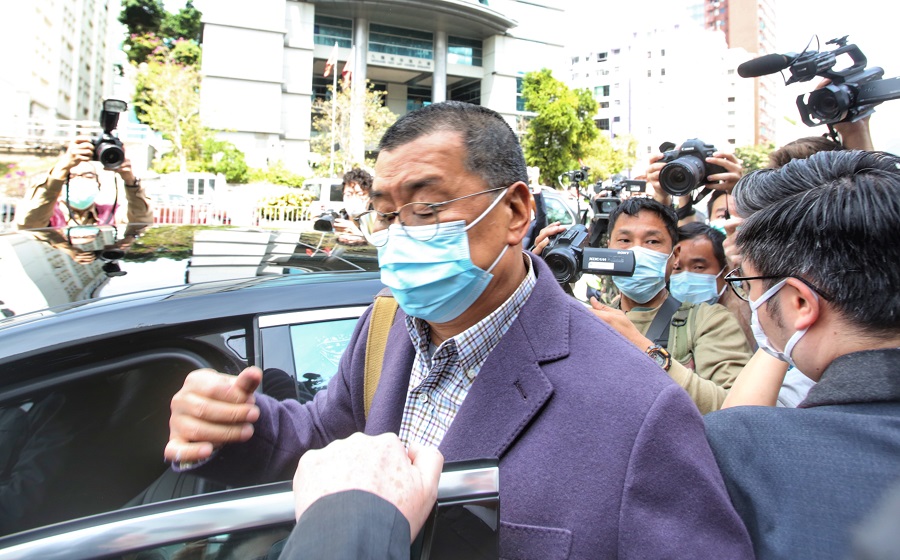 The panel of three Court of Final Appeal judges, chief justice Geoffrey Ma, permanent judges Andrew Cheung and Roberto Ribeiro, who were all designated judges in handling cases concerning the national security law in Hong Kong, heard the case on Thursday.
Lai, who was charged with fraud and violation of the national security law in Hong Kong, was denied bail by the West Kowloon Magistrates' Courts on Dec. 3 and Dec. 12, but was released on bail by the High Court of the HKSAR on Dec. 23. The Department of Justice appealed afterwards against the bail decision at the Court of Final Appeal.