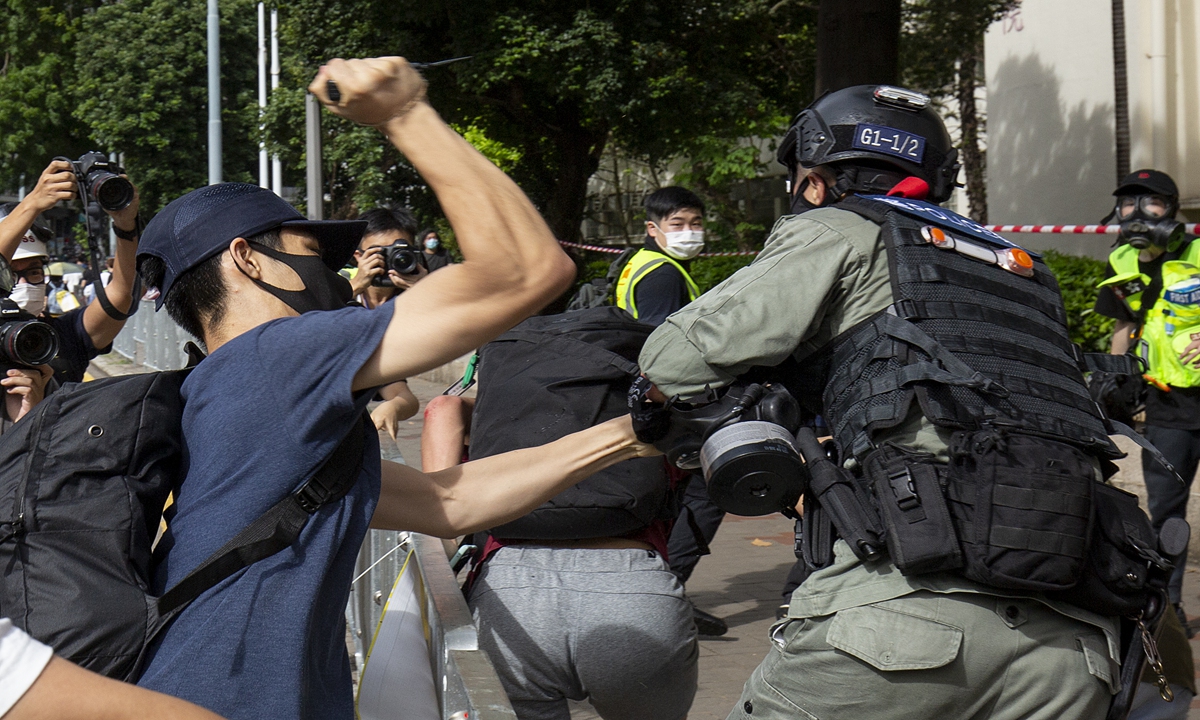 A protester uses a sharp object against a police officer. The Hong Kong Police Force's newly formed special unit to safeguard national security begins functioning decisively to end riots in the city on July 1. More than 370 people have been arrested as of press time. (Photo: AFP)

The three officers, two males and one female, were suspended after the arrest. The three had been in their posts for less than three years, which means that they were still in their probationary period.

Hermes Tang Yi-hoi, Commissioner of Customs and Excise, is considering removing them according to management regulations on civil servants during their probationary period, according to the Sing Tao Daily report.

However, Tang will not make the decision until the police release their investigation reports on the three, the report said, citing an anonymous source.

Tang, 56, is one of the members of the Committee for Safeguarding National Security of the Hong Kong Special Administrative Region that was established on July 3.

According to the report, a total of 44 Hong Kong civil servants have been arrested, put under investigation or charged on suspicion of participating in an illegal gathering, and 43 of them have been suspended.