HONG KONG -- A private survey showed Hong Kong economy is on course for the weakest quarter in 21 years in the fourth quarter of 2019. 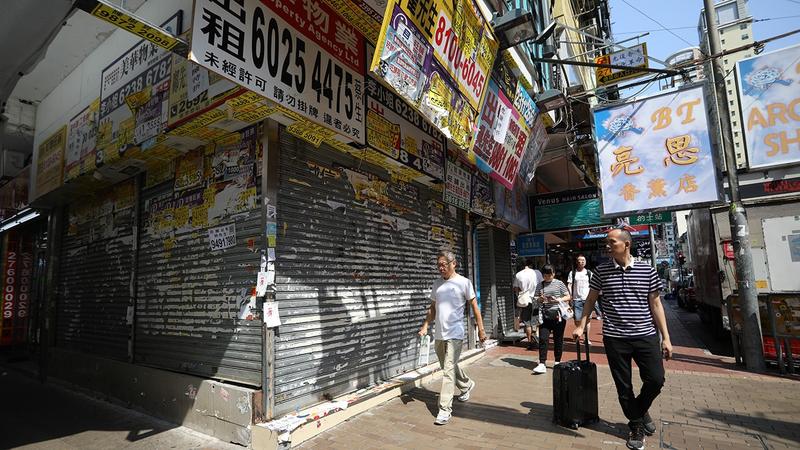 Amid the escalating unrest, many small businesses have pulled down the shutters as the economy shrinks and tourists stay away. (Photo: China Daily)

The average reading of Hong Kong's Purchasing Manager's Index (PMI) for October and November combined stood at 38.9, IHS Markit said Wednesday in a report, stressing that the level pointed to the weakest quarterly economic performance since the London-based consulting firm started the survey on the financial hub in 1998.

PMI fell to 38.5 in November from 39.3 in October, signaling the worst deterioration in the health of the private sector since April 2003.

Bernard Aw, the principal economist at IHS Markit, said business activity shrank at the steepest rate on record amid the escalating social unrest and predicted a GDP fall of 5 percent in the fourth quarter unless there is a dramatic recovery in December.

In a breakdown of the survey, new sales registered the steepest decline for 11 years as new orders from the Chinese mainland shrank for a 19th straight month, and employment fell amid a further sharp decline in backlogs of work while firms continued to make deep cuts to input purchases and inventories.

Business confidence remained close to the record low. Survey respondents were pessimistic about the business outlook in the year ahead as the unrest was still likely to disrupt the functioning of businesses.

PMI is a composite single-figure indicator of economic performance derived from indicators for new orders, output, employment, suppliers' delivery times and stocks of purchases. Figures greater than 50 indicate overall improvement of the economy.