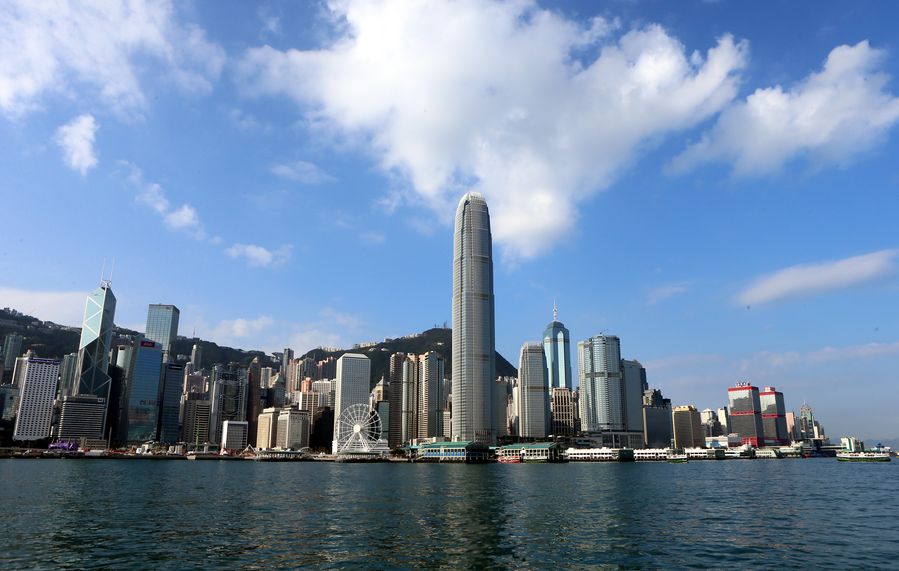 HKSAR Chief Executive Carrie Lam pointed out the new development plan will bring enormous opportunities to Hong Kong when speaking at a forum on Friday.

How Hong Kong will leverage its unique strengths under "one country, two systems" to seize these opportunities and actively integrate into the overall development of the country will be crucial to Hong Kong's future, she said.

Lam said that Hong Kong can further strengthen its role as an intermediary between the mainland and the rest of the world and focus on the business opportunities in the mainland market.

During the just-concluded sessions of the national legislature and political advisory body, China adopted the Outline of the 14th Five-Year Plan (2021-2025) for National Economic and Social Development and the Long-Range Objectives Through the Year 2035.

The plan not only reiterates support for Hong Kong's further development as a global financial, shipping and commercial center, but also encourages Hong Kong to make progress in innovation and technology and increase cultural exchanges.

The high-quality development of the Guangdong-Hong Kong-Macao Greater Bay Area and deepening of cooperation among the three places are also included in the plan.

With only its own strength and international networks, Hong Kong's development has met the bottleneck and there must be new vitality brought to Hong Kong at the national level, Lo Man-tuen, life honorary chairman of the Chinese General Chamber of Commerce of Hong Kong, said.

Lo pointed out Hong Kong can give full play to its competitiveness by integrating into the national landscape.

Analysts said the national support has always been crucial to Hong Kong's recovery amid difficulties and the new five-year plan will also provide the major impetus for Hong Kong to step out of the epidemic shadow and revive its economy.

As a bridge between the mainland and the rest of the world, Hong Kong has an even greater role to play under the national "dual circulation" development, Kang Yong, chief economist of KPMG China, said.

Echoing his words, Shi Lop-tak, president of the Chinese Manufacturers' Association of Hong Kong, said Hong Kong businesses can seize opportunities in the enormous mainland markets through actively participating in the development of the Guangdong-Hong Kong-Macao Greater Bay Area.

As the National People's Congress, China's top legislature, adopted a decision on improving the electoral system of the HKSAR last week, experts said the implementation of the "patriots administering Hong Kong" principle will help Hong Kong enjoy the opportunities in the national development.

The sustainable and rapid development in the mainland drives Hong Kong's growth and gives Hong Kong unique advantages, Choi Koon-shum said, stressing that the global financial hub administered by patriots will have a better future.